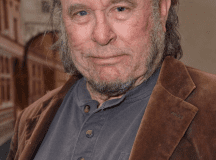 Putin is not going to give up easily, or at all, in his hyper obsessive, criminal assault against the people of Ukraine. There is an abundance of historical evidence over many centuries that such invasions in that region are seldom, if ever, resolved without horrific, unthinkable bloodshed of anything that moves before defeat is conceded.

The Reality Of Evil

Washington Post columnist Gary Abernathy’s provocative column in Wednesday’s edition, entitled, “Can’t We ‘Imagine’ a Better Song for Peace,” ignored the real reason for the latest surge of interest in the 1971 song by John Lennon, which of course has been the recent bloody invasion of Ukraine by Russian arch butcher Vlad (the Impaler) Putin. 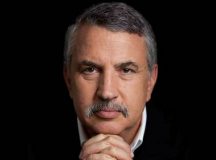 Almost six weeks into the war between Russia and Ukraine, I’m beginning to wonder if this conflict isn’t our first true world war — much more than World War I or World War II ever were. In this war, which I think of as “World War Wired,” virtually everyone on the planet can either observe the fighting at a granular level, participate in some way or be affected economically — no matter where they live.

Russia’s amazingly cruel and evil invasion and slaughter in Ukraine has clarified in unusually stark fashion the parameters of the world’s newly reconstituted Fascist International that it spearheads: Putin’s Russia, Xi’s China, and anti-democratic Trumpians with their menacing Western corporate financial backers in the U.S. and abroad. Add evil Rasputins like Russia’s patriarch Krill and similar western charlatans like the pro-Putin Franklin Graham and other so-called evangelicals. 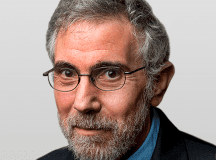 Putin and the Myths of Western Decadence

Vladimir Putin’s invasion of Ukraine was, first and foremost, a crime — indeed, the war crimes continue as you read this. But it was also a blunder. In less than five weeks, Putin has destroyed Russia’s military reputation, battered his nation’s economy and strengthened the democratic alliances he hoped to undermine. How could he have made such a catastrophic mistake?

“Everybody understands the obvious meaning of the world struggle in which we are engaged. We are defending freedom against tyranny and are trying to preserve justice against a system which has, demonically, distilled injustice and cruelty out of its original promise of a higher justice.”

The past five years have been a master class in comparative politics, because something happened that we’d never seen before at the same time: The world’s three most powerful leaders — Vladimir Putin, Xi Jinping and Donald Trump — each took drastic steps to hold onto power beyond their designated terms of office. One failed. Two succeeded. And therein lies a tale that says so much about our world today.

Nothing would make almost any living human being happier these days than the news the genocide in Ukraine was coming to an end. We wake up every morning, or in my case, every few hours as a sufferer of nighttime issues, hoping that the TV screen will broadcast news of a real end to the unbearable misery there. 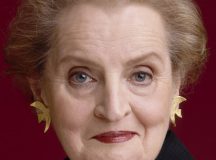 Our sincerest condolences to all who cherished her friendship and wise counsel on the passing yesterday of former U.S. secretary of state Madeleine Albright at age 84. She had good friends in the City of Falls Church, and was the keynote speaker at the June 1997 commencement ceremony at (then) George Mason High School, now Meridian. To this day, she is the most internationally recognized speaker ever at a public event in the Little City.

Can Germany Break Up With Russian Gas?

Germany is one of the world’s great trading nations. In 2019, it imported $1.2 trillion worth of goods from all over the world. Only about 2 percent of that total came from Russia. In fact, the Russian Federation, with roughly 144 million people, was only slightly more important in German trade than Ireland, with around 5 million people. Ordinarily, then, you wouldn’t expect a disruption of economic relations with Russia to have a big effect on the German economy.