The Falls Church News-Press has partnered with George Mason High School’s award-winning newspaper, The Lasso, to bring its readers some of the top articles appearing in the student-run digital paper. This regular feature will appear monthly in the News-Press during the school year. The Lasso can be found online at www.gmhslasso.org.

I searched the overly crowded library for the familiar face of freshman Simon Lundquist, someone who I’ve been taking classes with since the seventh grade. I finally found him sitting at a table, intensely studying a slideshow of Biology notes for a test later that day, wearing his usual jeans and a striped blue and white t-shirt with a black jacket.

He asked me where I thought the best place to talk was, referencing the noisy room. When we started looking around for a quite place, he immediately suggested an empty corner behind a bookshelf. We walked over and sat down, criss cross, across from each other. He folded his hands in his lap and looked at me to begin. 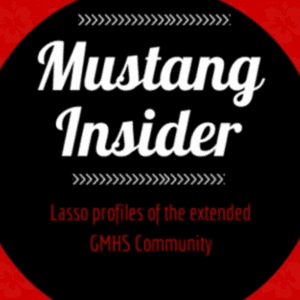 We started with the basics: he has an older brother named Gabriel who is a senior, and he has a dog named Tucker who hates other dogs, but as soon as I asked him what he liked to do in his free time, his response was immediate.

“My favorite thing to do is make movies,” Lundquist responded simply. “It’s been a hobby of mine since I was about ten years old, and it’s really exciting to get to tell stories with a camera.”

But for Simon making movies has moved past being just a hobby. Simon has entered many contests with his projects, including a ProjectEd contest and the Democracy for All Amendment contest.

“When I was 13, I submitted into my first video contest for the IP Video contest,” said Lundquist. “The goal was to make a movie about patents. After I wrote, shot, and edited it, I was determined to get it into the winning category. Months later, they announced that I was a finalist. Then, a couple weeks later I won the grand prize for the entire competition.

“The most recent competition I have won is the Democracy for All Amendment contest. I made a movie called ‘Democramole.’ This movie went on to win the weekly contest, but unfortunately, it did not win the grand prize.”

Not only did Simon earn the bragging rights from these contests, but he also won $5,000 for the IP Video contest and $1,000 for the Democracy for All Amendment contest.

“Wow, that is a lot of money. What did you do with all of it?” I responded as soon as he told me about the prizes.

“I put half of it into savings and with the other half, I bought equipment to make more movies,” he said.

That’s when I knew this was Simon’s passion. He had been rewarded for his amazing movies and turned right back around to put those winnings back into creating more movies.

I asked him about his favorite part of making movies, because I was sure he would have one. However, I was surprised at his answer.

“Whatever stage I’m in is my favorite,” he said. I looked slightly confused, so he clarified. “When I’m filming, the filming is my favorite. When I’m writing, my favorite part is the writing. When I’m editing, that’s my favorite. I really just love all the stages. If I had to choose though, I’d have to say editing because that’s where you get to see what you created, and that’s always really exciting.”

Lundquist films his actors while a friend, Casandre Rice, holds a microphone above them. Simon loves all aspects of movie making, including the filming. Photo courtesy of Simon Lundquist.

We continued to talk about the process of filmmaking and his favorite genres of movie to make, which are thriller and action. Then, we got into talking about his youtube channel (Local Boy Makes Movies), and his website. After checking these out, I must say, I was very impressed. Simon’s website looks great and after watching one video, I was hooked. I spent the next twenty minutes of my production time scrolling through his channels and watching these creative projects.

“My favorite movie that I’ve created,” he paused in thought, “is probably the first movie I made, just because it’s so nostalgic, not because it’s good, but it’s fun looking back on it,” Lundquist confessed with a chuckle.

According to Simon, it’s pretty obvious that he has improved since his first project. He confessed that scrolling back to his old YouTube videos and comparing them to his most recent will show this improvement.

Simon is hoping to expand his fan base, even though he already has a few subscribers from other countries.

“It’s mostly family and friends that watch my videos right now,” says Lundquist, but he’s hoping that more Mason students will check out his videos.
When Lundquist was asked about his inspiration for his love of movie making, he explained, “I got into making movies because my dad started to make these short films with a cheap $100 Flip video camera. He filmed my brother’s tenth birthday. When I saw the movie, I was really compelled by the idea of telling stories with a moving picture. I started filming my own movies when I was about nine or ten. I filmed a short called ‘Brotherly Love,’ and I really liked it. I haven’t looked back since.”

More from The Lasso, including more in the Mustang Insider series, available at www.gmhslasso.org.