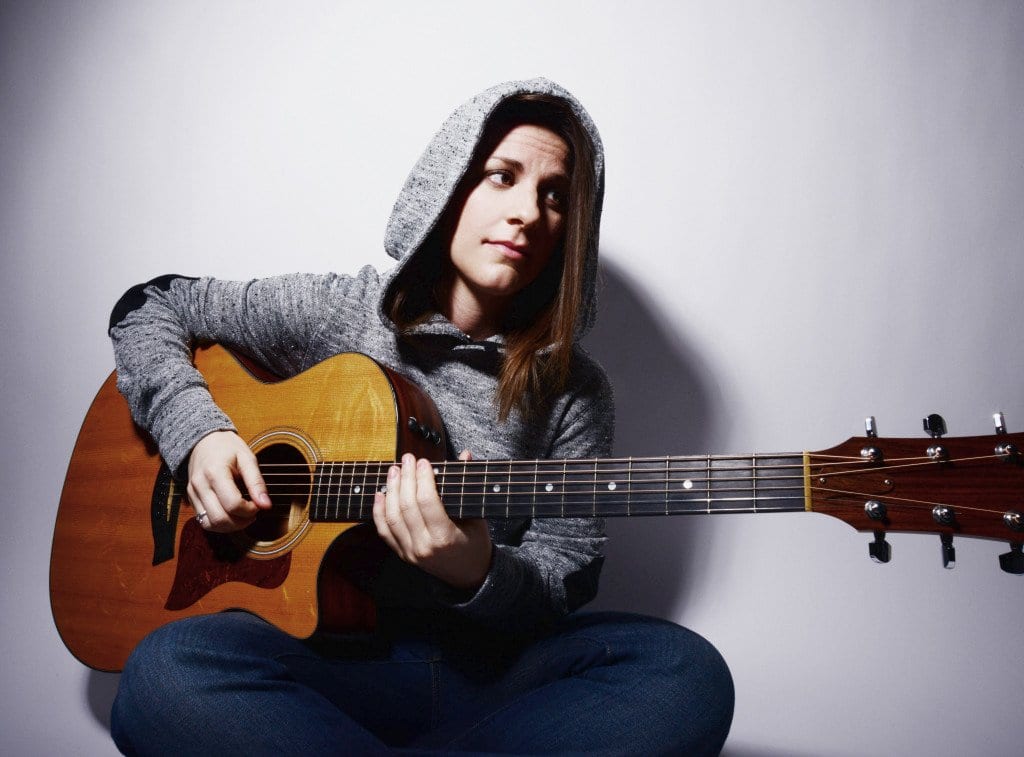 Singer-songwriter Andrea Nardello laughs when she says she’s finally figuring out how to be who she is on stage. She’s naturally outgoing, but that hasn’t always been conveyed in her performances. There’s something about playing her own music that brings out shyness in her.

Listeners at her Jammin’ Java show next Wednesday in support of Tony Lucca will probably hear a few of the cover songs she likes to play on the road, like the Janis Joplin classic “Me and Bobby McGee” or the “Wizard of Oz” standard “Over the Rainbow,” but with two albums under her belt and a third in the works, the songs she’s penned will be the focus of her set.

She still gets nervous when she puts her music out into the world, uncertain of how it will be received and hoping listeners can connect with what she’s trying to get across. But she believes artists should always be growing, and for Nardello becoming comfortable in her own skin on stage is part of that growth.

A New Jersey native, Nardello ended up in Atlanta after graduating from college and was working at a restaurant while playing cover shows at local bars. She’d written songs all through high school and college; occasionally she’d slip in a piece she’d written, but still she was fearful about presenting her own music. She discovered open mics that showcased artists and their original work, and started using those opportunities to perform her songs.

A record producer heard Nardello during one such performance and expressed interest in recording her. She released her debut album Until Now in 2007, and the album kick-started her musical career. From there she booked tour dates and developed a fan base. She started attending music conferences, running ideas by producers, playing with local musicians, and learning more about music as an industry.

Her sophomore album, My Aeroplane, came out in the summer of 2010 after her return to the East Coast. It’s a polished album, she says, and she’s proud of that. She pushed herself – on the songwriting, on the lyrics, on the performance – and now, as she’s preparing for her third album, she’s still pushing herself.

Since August, she’s maintained a song-a-week writing pace, and has more than two dozen songs now that she plans to refine and narrow down when recording her new album, which is scheduled for a fall release.

“I have never been so excited about an album,” Nardello said. “Usually I write like 10 songs or 12 songs and say ‘I want to put them on an album, here.’ And now I have this really awesome collection of material to choose from and really create an album that’s very special.”

For Nardello, all that work comes down to a single goal, and that’s impacting her listeners through her songs.

“I hope that my music gets people to react in the way listening to music for me is,” Nardello said. “If it inspires them or touches them or connects with them in any way that is special, that’s the kind of stuff I love because that’s what music has always done for me.”