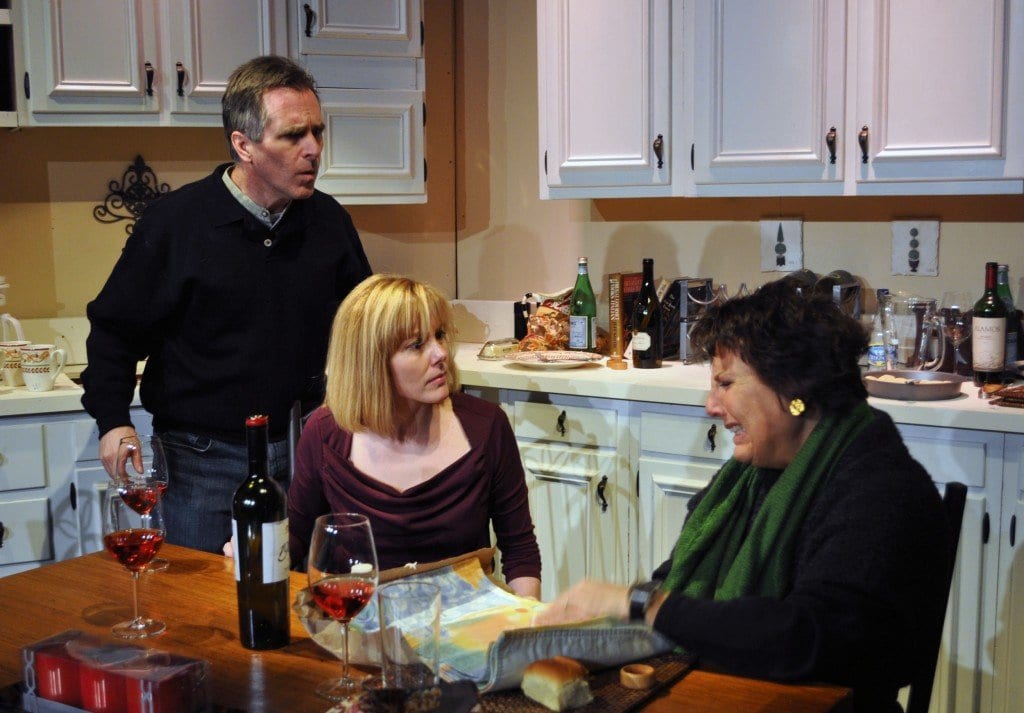 Theater must hold up a mirror to society: It’s a long-held virtue of the craft that what unfolds on the stage should reflect some universal truth. Director Tina Thronson thinks the Providence Players of Fairfax’s production of “Dinner with Friends” will do just that.

A modern drama by Donald Margulies, the play shows how relationships change within a group of old friends when the marriage of one couple falls apart.

Thronson, an award-winning Providence Players director whose credits include “The Laramie Project” and “12 Angry Men,” seeks meaning in the plays she chooses to direct, looking beyond enthralling dialog and action. She was drawn to the theme of authenticity in “Dinner with Friends.”

But surrounding a poignant tale of a relationship falling apart and friendships complicated in its wake is humor in Margulies’ Pulitzer Prize-winning script, praised for its compelling look at marriage.

“It’s so well-crafted, and so disarming,” Thronson said of the play. “If you’ve ever had a relationship, you’ve either heard these things said or said them yourself. There’s a lot of opportunity for reflection.”

Thronson says it’s the task of the actors to portray the truth in this fiction by using their own experiences with relationships and engaging with those memories and emotions to portray realistic characters. They must also find ways to internalize the dialog without getting in its way, and not to let their portrayal of the characters be burdened by their opinions of those characters, who do less than kind things to one another.

And in watching this play about authenticity, Thronson hopes audience members will be able to connect to their own truths through these characters’ circumstances.

“Dinner with Friends” runs April 5 – 20. Performances are scheduled for 7:30 p.m. on Thursdays, Fridays, and Saturdays, with Sunday matinees at 2 p.m. on April 7 and 14. The play will be performed at The James Lee Community Center Theater, 2855 Annandale Road, Falls Church. Tickets are $18 for general admission and $15 for students and seniors. For more information, visit providenceplayers.org or call 703-425-6782.