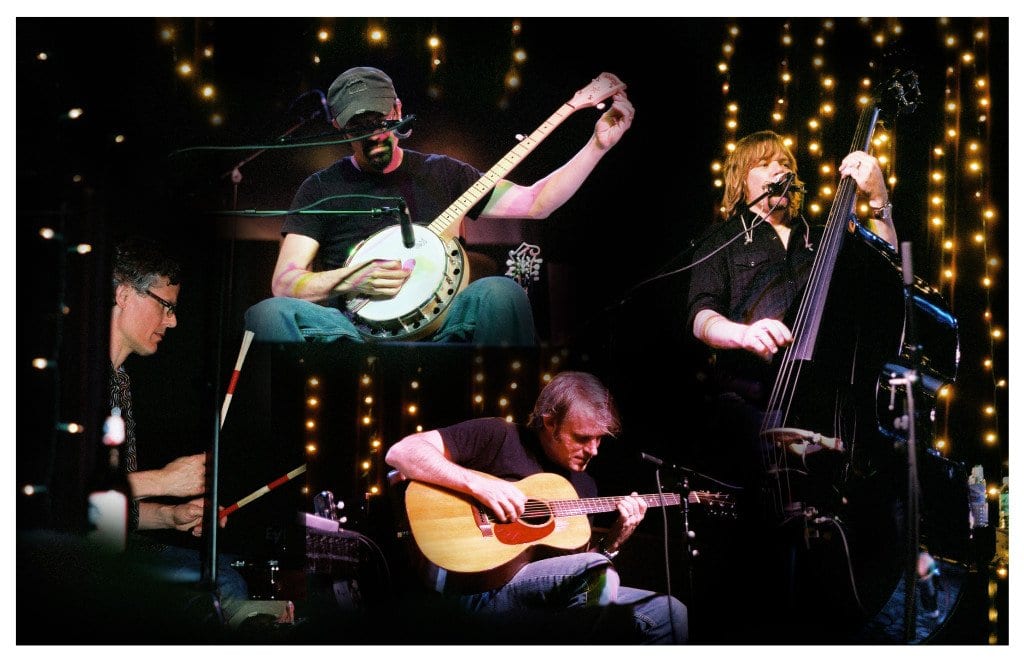 The Bottle Rockets earned praise for their 2011 album Not So Loud when they pulled the plug on their usual brand of rockin’ alt-country and used something familiar to make something new.

They went acoustic. They dipped into their lengthy catalog and revisited old favorites for the live album, recorded during two shows at a school-house-turned-music-hall in St. Louis. The songs held up; thoughtful lyrics and strong musicianship shone through. The album provided an opportunity to show a different side of The Bottle Rockets, and has opened the door to new musical avenues as the band enters its 20th year.

Most of the Bottle Rockets catalog is written on acoustic guitar before it gets the full-band treatment, drummer Mark Ortmann explained, and he thinks that may be the reason the songs stand up to a more delicate approach. Though he doesn’t play an instrument that’s “plugged in,” he gets involved in the electric-to-acoustic shift by swapping out aggressive banging on a drum kit. Instead, he played brushes on a pandero, an instrument much like a tambourine, to match the toned-down mood.

As of late, Ortmann says, the acoustic shows have become more popular with Bottle Rockets fans than the raucous electric gigs. Some fans are even hosting the band’s acoustic shows.

The band has recently been tapping into the network of “house concert” hosts across the nation and their own fanbase to take their music from the stage to a more private venue. With the band’s “Living Room Shows,” they play acoustic concerts throughout the year in the homes of their hosts to crowds of about 60 listeners.

“Living room shows are becoming more and more common as the industry changes,” Ortmann said. “Clubs are shutting down, venues aren’t available, and promoters aren’t taking chances. With the economy being the way it is, we now go straight to the fans.”

Whether it’s in a living room or at a club, Ortmann says the acoustic shows give audiences a unique way to experience and interact with the music: they can hear the lyrics, they can make requests, “they feel closer to the music,” Ortmann said.

The band has also been performing recently as singer-songwriter Marshall Crenshaw’s backing band.

“It’s like being a glorified cover band, I suppose,” Ortmann said. “You get to play a lot of really great music, and Marshall’s music is challenging, and interesting, and very engaging. It’s been so much fun to learn his music.”

The Bottle Rockets will play their own set and support Crenshaw when they perform at The Birchmere Friday, the latest concert in a two-year endeavor that has brought together fans of both acts.

The tour with Crenshaw is the first in what promises to be a big anniversary year for the band – re-releases of their first two albums and a live DVD concert and documentary are just some of the projects in the works.

The 20-year milestone has been the source of wonder for Ortmann – he wonders about where the time has gone and how the band has made it this far. Whatever the answers may be, Ortmann is just pleased that The Bottle Rockets are still around.

“You always hope for great success, but once you get into the entertainment business you realize how much of a crapshoot it really is,” Ortmann said, “so the fact that we’re still standing is very satisfying.”

• For more information about The Bottle Rockets, visit bottlerocketsmusic.com.