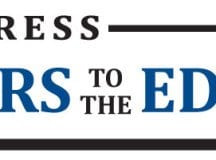 With the House of Delegates and Governorship currently under Republican control, the party is trying to repeal the Regional Greenhouse Gas Initiative (RGGI) and thereby, eliminate the current funding for the Community Flood Preparedness Fund (CFPF).

Letter to the Editor: Stadium Would Burden Taxpayers

Thank you for your stance against the Washington Commanders coming to Virginia.

Letter to the Editor: Accessibility in the City of Falls Church

The City of Falls Church has installed a handicap access ramp for a crosswalk that leaves the handicap person trapped on the corner piece once they cross the street. The corner with the access ramp was made to connect to a sidewalk on both ends. There is no sidewalk to connect to at Fairfax and Yuccatan. Once you come up on the access ramp you have no way of getting off the curb except to turn around and cross back over to the other side of the street. Looks like someone didn’t go into the field and see what was needed for this project. Looks like they just put down a regular corner access ramp that connects to two sidewalks on either side. But there are no sidewalks on this corner to connect to.

Letter to the Editor: Standing with Ukraine

I am very pleased, and heartened, to see the cover page of today’s paper with Ukrainian flag prominently displayed. This is the least we can do— stand in support with Ukrainian people who are fighting a brutal dictator.

Letter to the Editor: Russia and Oil Imports

You might have noticed this week, in the local ABC store, all the Russian vodka has been removed. This is an empty move by Governor Youngkin to make it seem like he cares about Russian oligarchs’ profits. In reality, if he cared about imports from Russia he would do more to lower demand for the 400,000 barrels of oil a day the US is importing from Russia. Instead, in Senate Bill 657 and House Bill 1261, he has elected to remove citizen advisory boards’ roles in decision making around water and air pollution; placing it behind the closed doors of the Department of Environmental Quality. Why does the party of “small government” always seek to remove citizen control and take power away from local groups every time they get the chance? Especially around local environmental issues.

Letter to the Editor: Paying for Football in Virginia

It’s one thing to have football in Virginia. It’s entirely another thing for me to be forced to pay for it. Sofi Stadium, site of the most recent Super Bowl, was built without public funding. We should be very skeptical of Dan Snyder’s revenue projections. How many investors rush to partner with an organization that has a long history of mismanagement, poor performance, and scandals? Nor exactly a great PR move for Virginia. Let’s not forget that Virginia has something to offer to Snyder: people with enough money to buy tickets.

Kudos to the FCNP for reporting on the Fellows Tract! It is great to know about the efforts to create a natural park filled with native trees and plantings for citizens to learn about and enjoy nature, rather than one using turf and concrete to create an artificial environment. The importance of maintaining native habitats should not be taken for granted. We have less than 20 percent native plantings in Falls Church, while studies show that birds and insects require up to 70 percent native plantings to thrive. This space will truly be a gift to future generations.

Letter to the Editor: Employee Hails News-Press Upon Departure

As my employment with the Falls Church News-Press concludes this week, permit me to share this.

Letter to the Editor: Concerns Over Snyder’s Labor Practices

Your column, “No Pro Football In Virginia,” focused heavily on health issues and cultural elements associated with the sport, but neglected to mention Dan Snyder’s labor practices, which would directly impact Virginian employees as a result of financing a stadium for the team.

Letter to the Editor: Concerns Over Masking Conversations

I am concerned about the tone of the conversation surrounding masks in our public schools.