Jack Felgar stands atop the podium after winning the 2A Region title for his weight class last weekend at the regional tournament at Stuarts Draft High School. Bryan Villegas and Connor Murray placed second, West Halger, Nick Zaenger and Finn Roou placed third and Carols Shield along with Henry Casillas placed fifth by the tournament’s end, all helping Mason take 5th place as a team at the tourney. 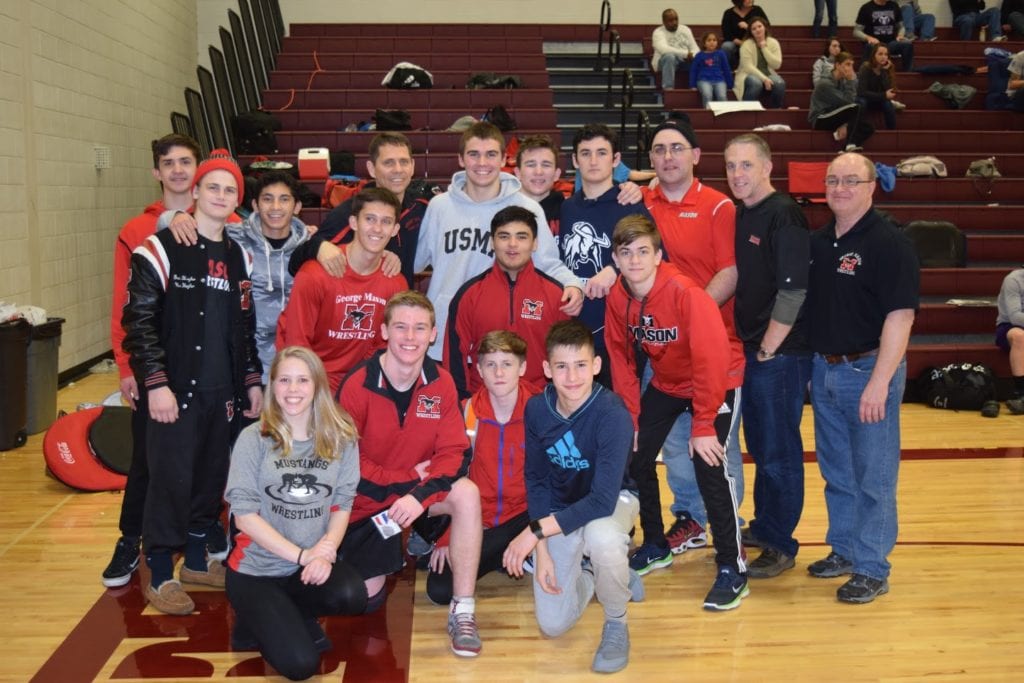 Mason wrestlers stop and pose for a quick photo by the tournament’s end last weekend. Head coach Aaron Martinez told the News-Press that “Having over half the varsity team qualify for States is an exciting accomplishment and a testament to the hard work each of the wrestlers has put in this season. We are going to miss the three that didn’t qualify as they are a huge part of the overall team success. Wrestling is one on one competition but any achievements on the mat can be directly attributed to teammates who push each other every day in the practice room. Each of the qualifiers has a real shot at placing in the top six at State. And, no question there are a couple of Mason wrestlers who are positioned to capture a State title.” (Photos: Courtesy Photo/ Courtesy Aaron Martinez)