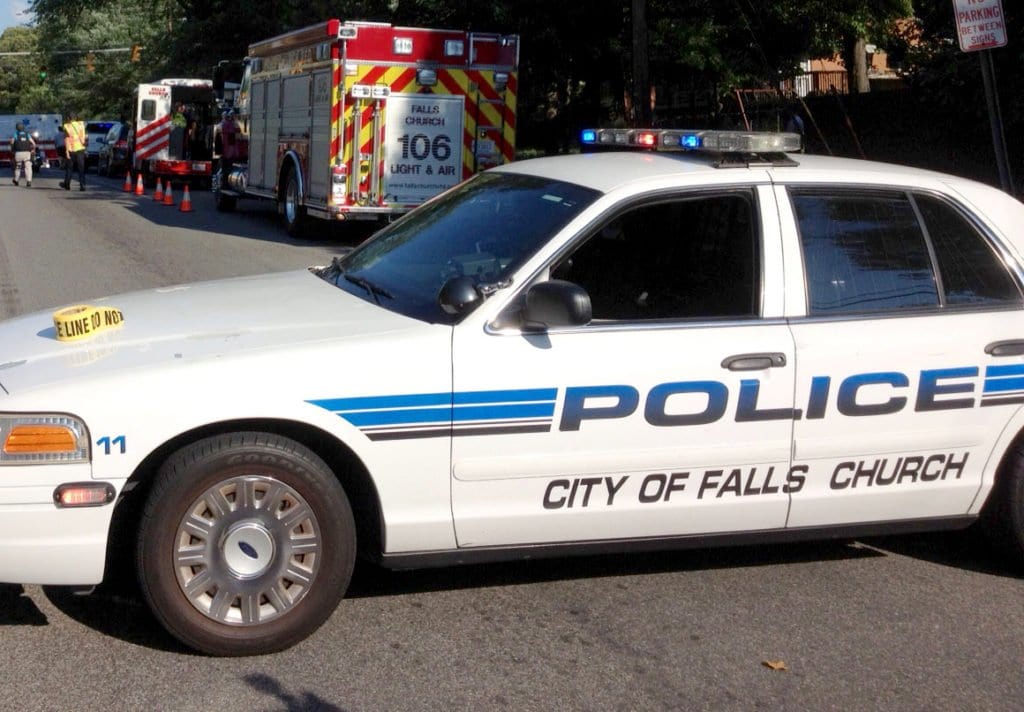 City of Falls Church Police are on the lookout for a hit-and-run driver who ran a red light, struck another car and sent four people to the hospital last Saturday night, it was reported today.

Police say the driver was travelling north on N. Washington St. around 9 p.m. on Saturday, Jan. 6, when it failed to stop at a red light at the intersection of N. Washington and Columbia St. Four passengers, which police reported included two adults and two children, were transported to the hospital with non life-threatening injuries.

The striking car, which did not stay on the scene and was reported to have fled north into Arlington Co., was described as possibly being a dark-colored Dodge Charger which should have some front-end damage. There is no available description of the driver.

Police ask anyone with information to contact the City of Falls Church Police Department at 703-241-5050.