As the summer fast approaches, the Falls Church area is preparing for an influx of restaurant activity over the next few months highlighted by the arrival of its first-ever distillery. Falls Church Distillers, coming to 442-A S. Washington St., announced Wednesday it had passed its ABC manufacturing review and, according to a post on its Facebook page, may be ready for a late June soft opening.

Restaurants from Arlington’s Liberty Tavern group should be arriving in The Little City soon, too, with Liberty BBQ aiming for a July opening in the former Famous Dave’s space (370 W. Broad St.) at the Broadale Village Shopping Center and the under-construction Northside Social project at 205 Park Ave. anticipating a mid-August opening according to the City’s Economic Development Office.

The EDO also reports that Afghan restaurant Panjshir will be relocating from its current location on Broad St. to the renovated Southgate Shopping Center (also known as the Lily Building) on E. Fairfax St. in mid- to late-July and that The Kensington (700 W. Broad St.) will open a cafe in its space at the corner of Lee St.

And finally, the second location of Washington, D.C. neighborhood favorite The Black Squirrel has set a June 12 opening date for its Merrifield restaurant at the corner of Gallows Rd. and Avenir Pl., owner Amy Bowman tells the News-Press.

Two Falls Church restaurants are donating a portion of their proceeds in the upcoming days to two area nonprofits.

This Friday, June 2, on National Doughnut Day, Astro Doughnuts and Fried Chicken will be donating 100 percent of sales from a special cherry pie doughnut to the Fisher House Foundation, an organization that provides a network of homes where military families can stay at no cost while loved ones receive treatment. The limited-edition doughnut is made with cherry compote filling, tart cherry vanilla glaze and shortbread cookie crumbles, and will cost $3.50.

Next Wednesday, June 7, from 7 a.m. – 11 p.m., Locker Room Sports Bar and Grill is donating 15 percent of its proceeds to Homestretch, a Falls Church-based nonprofit with a mission to empower homeless families with children living in Virginia to attain permanent housing and self-sufficiency by giving them the skills, knowledge and hope they need to become productive participants in the community. 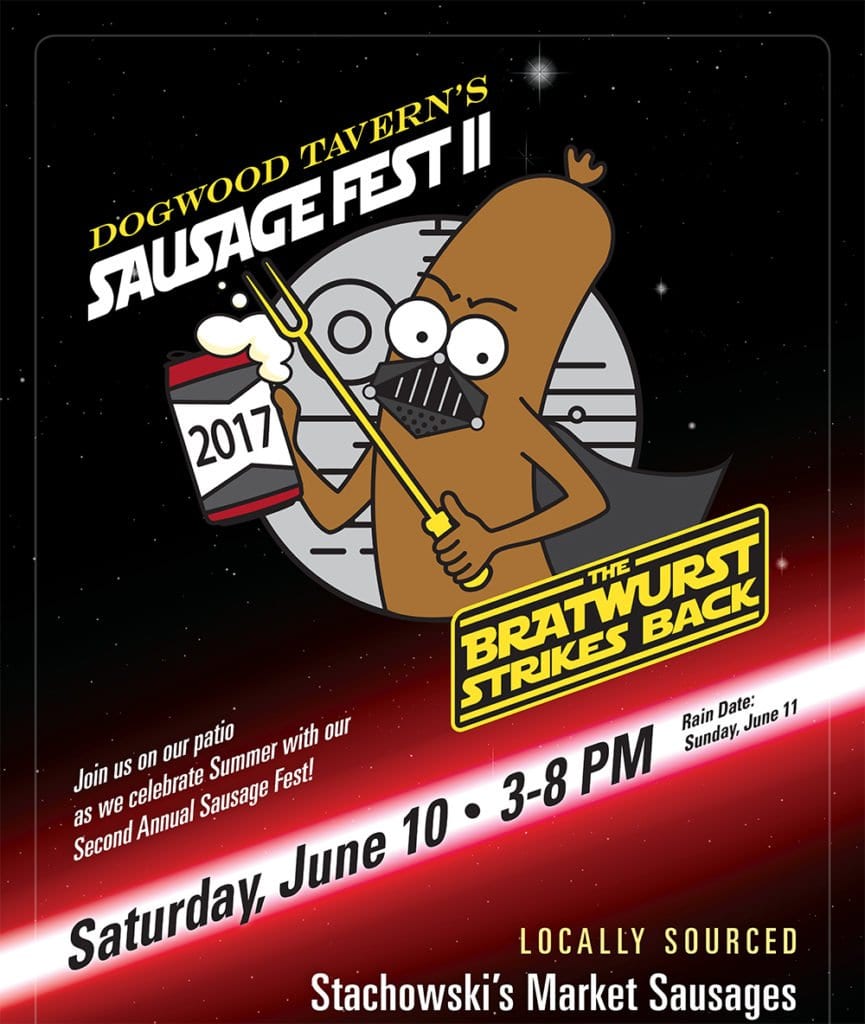 Dogwood Tavern has announced the date for its second annual summer sausage celebration known as “Sausage Fest.” The 2017 sequel, dubbed “The Bratwurst Strikes Back” is set for Saturday, June 10 from 3 – 8 p.m. and will feature a variety sausages from Washington, D.C.’s Stachowski’s Market grilled to order by the restaurant’s executive chef.

The rain date for Sausage Fest II is Sunday, June 11