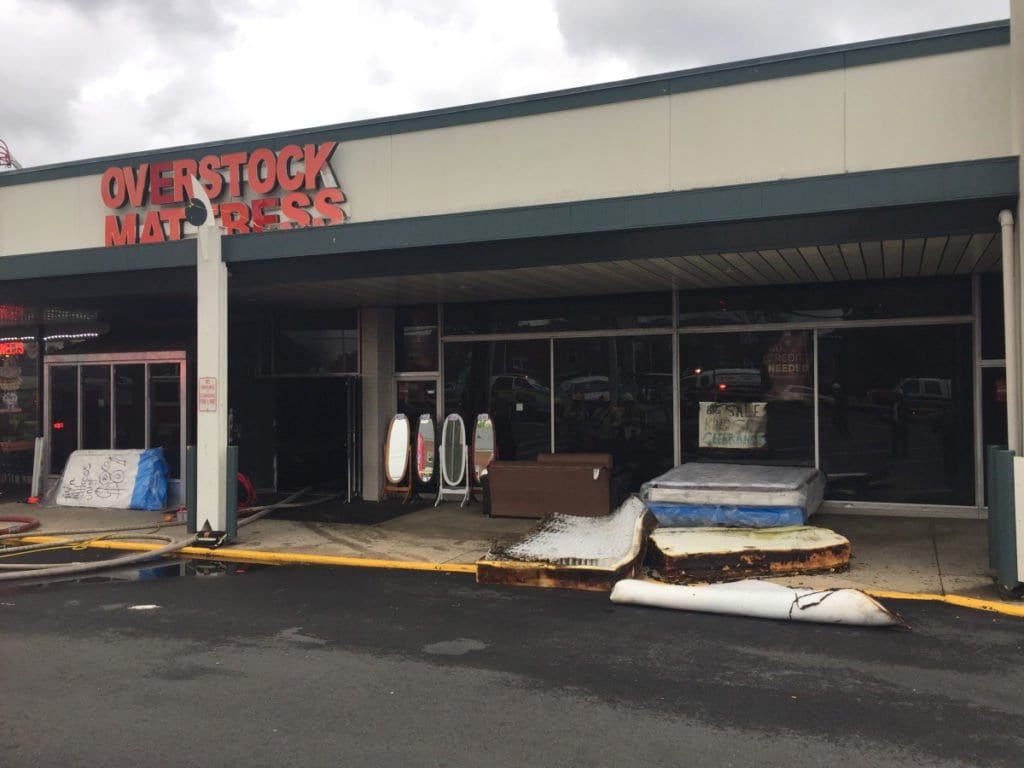 A fire that required initial responders to call for backup set parts of the Overstock Mattress store ablaze at Bailey’s Crossroads last Friday, May 5 at around 4:30 p.m.

Units from Fairfax County Fire and Rescue, Arlington County Fire Department and the City of Alexandria Fire Department were dispatched to handle the fire at the store in the 5900 block of Leesburg Pike. Upon arriving at the scene, units observed smoke showing from the roof and rear of a middle of the row store. A second alarm was immediately requested in order to bring proper resources to help combat the flames, where firefighters then conducted an aggressive attack to bring the fire under control. The fire was confined to the store.

The fire was discovered by an employee who called 9-1-1. Four people were in the store at the time of the fire. The store was not equipped with smoke alarms or a fire sprinkler system.

Fire investigators determined that the fire started in the back of the store and was accidental in nature as combustible materials were located too close to a heat source.

There were no reported injuries. A Health Department representative was requested to inspect adjoining restaurants prior to reopening.