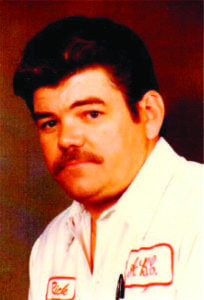 Rick is preceded in death by his two sons, Ricky F. Griffith, Jr. and Michael A. Griffith; his parents Richard S. Griffith, Sr. and Reva Mae Griffith; and by his sister Ann Marie Dunford.

Rick loved to fish and spend time with his family. He also enjoyed spending time at the VFW and the American Legion, where he spent time with friends playing pool, cards and darts. He will be greatly missed by many.