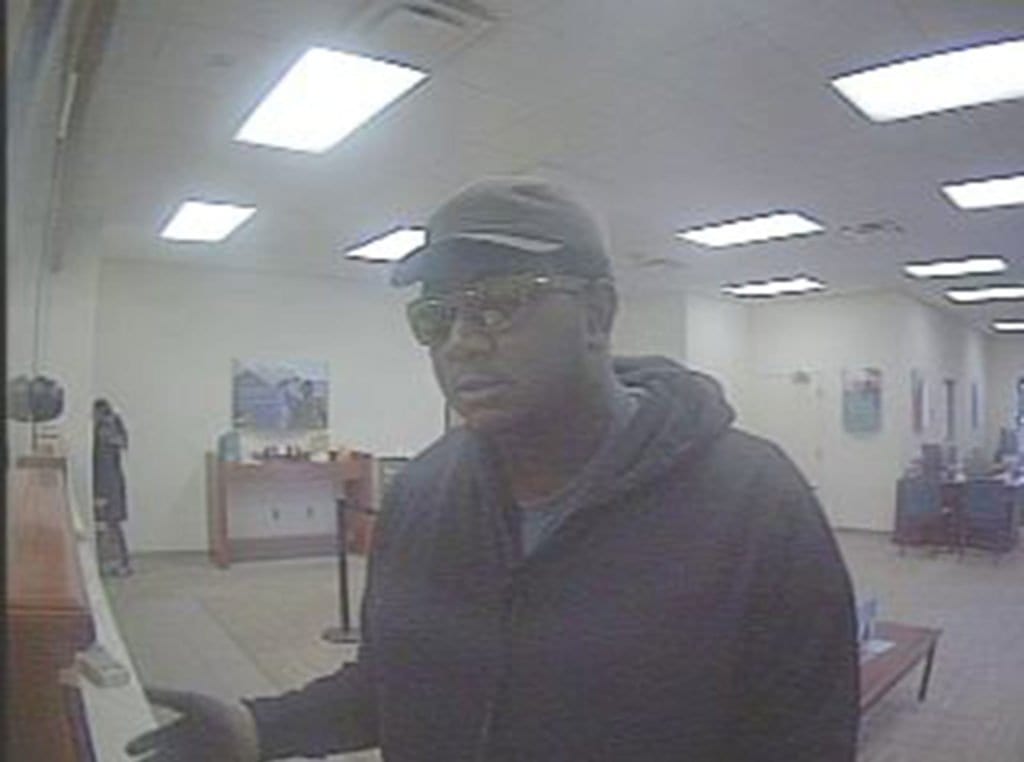 Police, today, released photos of the suspect in the attempted robbery of a Falls Church bank earlier this month.

City of Falls Church Police released three photos of the suspect who is wanted for allegedly handing a SunTrust bank teller a note that implied he had a weapon on the morning of March 4. The suspect left on foot before receiving any money. 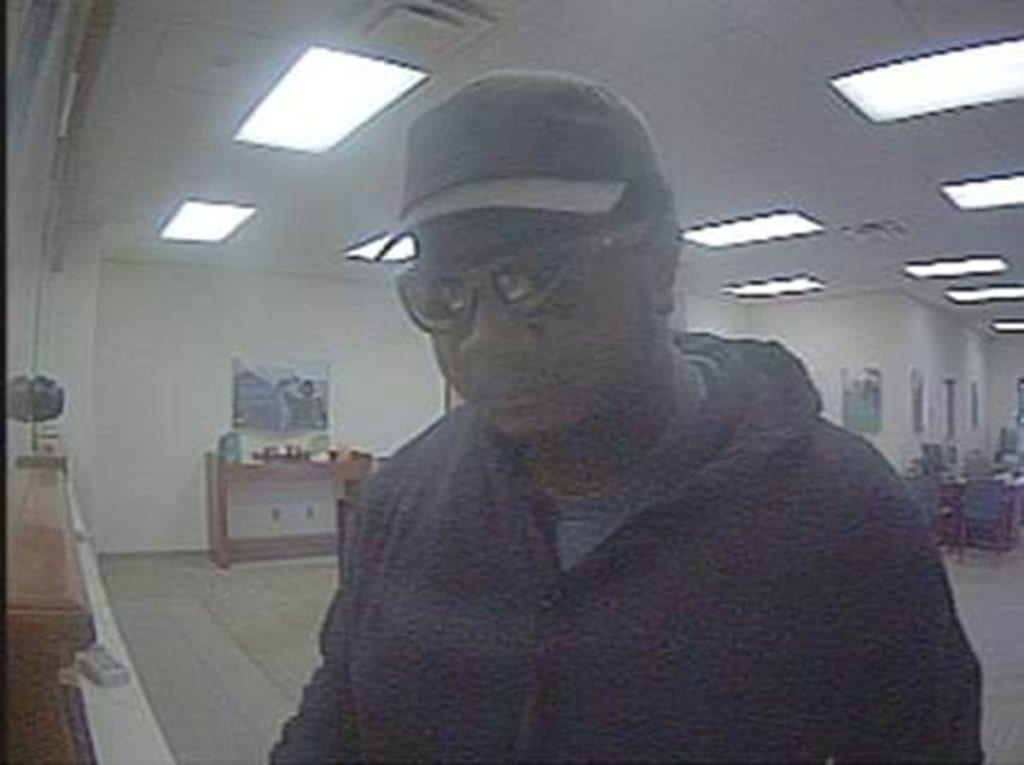 A man attempted to rob a bank in the City of Falls Church today before fleeing without any cash, police report.

City of Falls Church Police say the suspect, described as a 40-50 year old black man wearing dark glasses, a black leather jacket and gray gloves, entered the SunTrust bank at 603 W. Broad St. around 9:30 a.m., Saturday, Mar. 4, and handed a note to the teller implying he had a weapon. Police report the man left on foot, headed west on W. Broad, before any money was given to him.