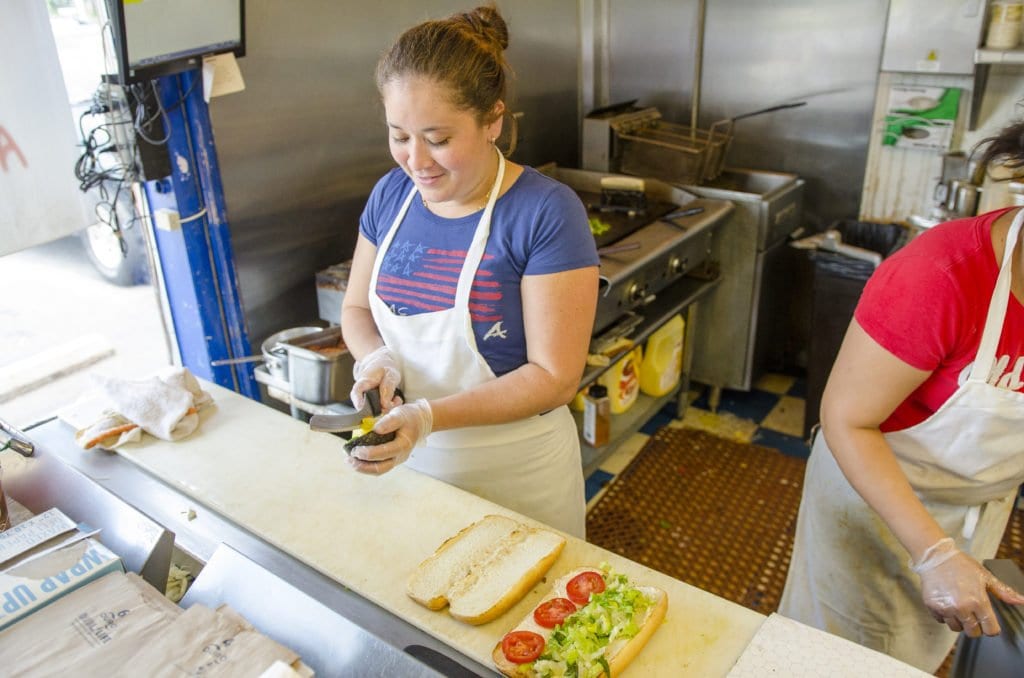 The sandwich and ice cream shop Mike’s Deli at Lazy Sundae has signed a lease to relocate to the former Long John Silver’s space on Route 7, owners David and Rebecca Tax confirmed to the News-Press Monday.

The Falls Church eatery, named “best sandwich” spot by News-Press readers for a fifth consecutive year last month, is currently in operation next to 7-Eleven at 112 N. West St. in the City but that building, as well as the surrounding area, is slated for redevelopment as part of the 4.3-acre “Mason Row” mixed-use project approved by the F.C. City Council earlier this year.

The deli’s future location at 7049 Leesburg Pike, owned by Beyer Automotive Group, was home to Long John Silver’s for over 30 years until the fast food seafood restaurant shuttered in April of last year.

Mike’s Deli’s Rebecca Tax, who also owns Clare & Don’s Beach Shack along with her brother, David, told the News-Press there isn’t a time frame yet for relocation but she imagines it will be before next summer.