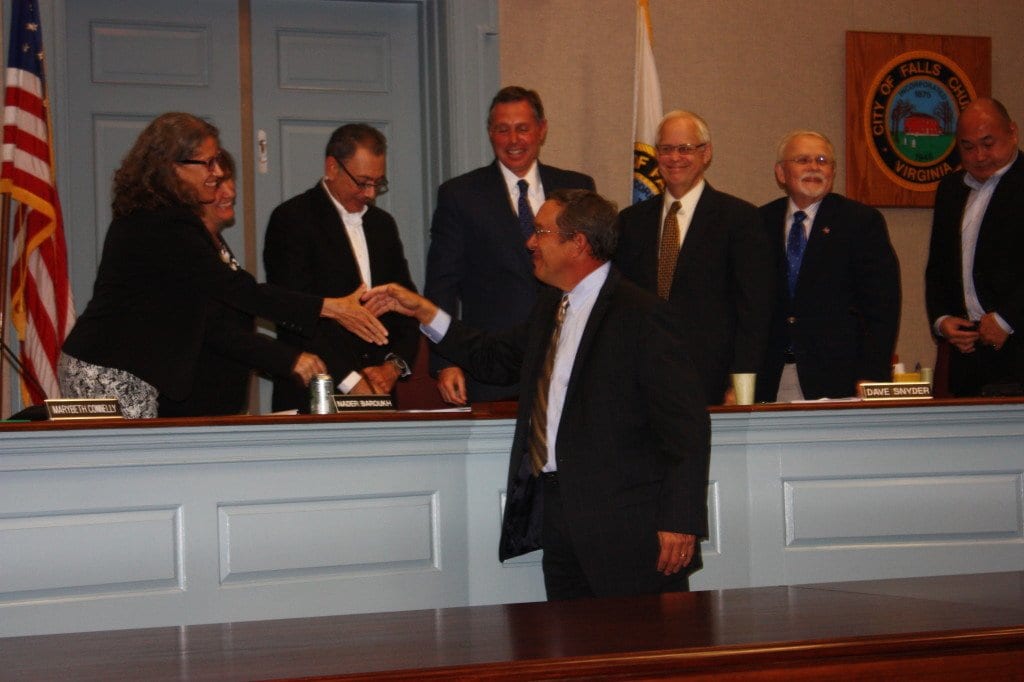 He became a fixture at many a Falls Church City Council and other civic meetings over the last 10 months, but he was there only to fill a vacancy while a new official city attorney was retained. That finally happened, and tonight attorney J. Patrick Taves was honored by the Council at his last meeting. An attorney with the Chantilly firm Greehan, Taves, Pandak and Stoner, Taves said tonight that he worked 25 years for Fairfax County, and that he could say that the county staff had nothing on the City of Falls Church’s for its quality of work and dedication. Taves guided the City as its legal counselor through a number of major issues, including the sale of the City’s water system, the establishment of a Storm Water Enterprise Fund, the sale of City land for the Harris Teeter project, and a number of other sensitive matters.

Taves is heading off for a vacation to Switzerland and will not be present for the Sept. 22 Council meeting. The new City attorney, Carol McCoskrie of Arlington, will resume duties on October 1.