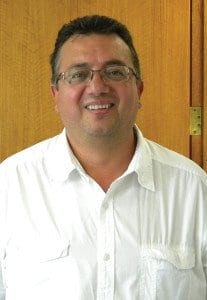 Julio Idrobo of Falls Church, chair of the City’s Housing Commission, has been appointed by Gov. Terry McAuliffe to a position on the Virginia Latino Advisory Board for a four-year term through June 30, 2018, it has been announced by Jennifer Sayegh of the governor’s board appointments team.

“Gov. McAuliffe is committed to building an administration focused on finding common ground to grow Virginia’s economy and strengthen communities across the commonwealth,” she wrote. “The citizens of the commonwealth will undoubtedly benefit from his commitment to share time and talents in public service.”

Also from greater Falls Church, attorney Christopher Falcone was appointed to the advisory board.