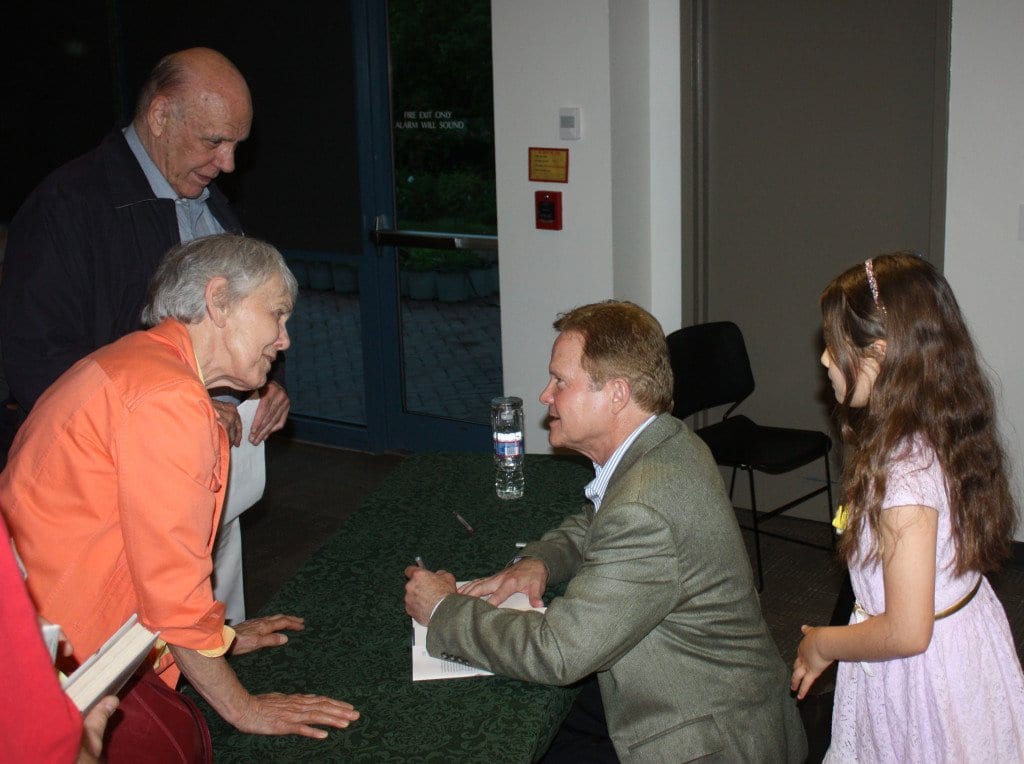 Former U.S. Senator Jim Webb of Greater Falls Church, coming out of a year-long hibernation since giving over his Senate seat in early 2013, made his first public appearance in Arlington tonight, speaking to a capacity crowd at the Arlington Public Library. He sent the crowd buzzing about openly equivocal thoughts he expressed on running for President of the U.S. in 2016. He invited and clearly did not shy away from discussing the prospect and the audience broke into applause as it heard him warming up to the idea.

Webb was there tonight to talk about his new book, I Heard My Country Calling, a memoir of the early periods of his life. He said he vowed to step away from the public spotlight for a year after leaving the U.S. Senate, where he served a single six-year term after pulling a major upset to win the seat. A former U.S. Secretary of the Navy and prolific writer (his newest is his 10th book), Webb spoke for a half-hour tonight and took another half hour of questions. He said that his latest hiatus is the fourth time he’s been in public service and then taken time off. It was in that context that he suggested he wasn’t done with his public service.

Some in the audience saw Webb’s consideration of a presidential run coming, since he’d made similar equivocal comments on a popular public radio talk show late last week.