Unexpected paths led both City of Falls Church natives Matt Earman and Lilly Constance into their roles as king and queen of the City of Falls Church’s Memorial Day Parade. The seniors earned the honors by winning the Mr. and Ms. Mason faux beauty pageant in February, competing against fellow George Mason High School students in biography, talent, evening wear, and interview segments of the contest.

Earman, a Student Council Association member, ran the show last year and planned to run it this year – that is, until he was nominated to compete for the Mr. Mason title. And Constance, a perennial musical theater performer on Mason’s stage, had to sing through the talent portion with a cold – after running on stage late the night of the competition. But at the end of the night, both were crowned and Mr. and Ms. Mason, and now they’ll be celebrating Memorial Day in The Little City as parade king and queen.

How did you win the Mr. and Ms. Mason titles?

Matt Earman: The judges picked us, I guess. It just means that our bios, talents, and Q&A sessions were the best.

Lilly Constance: I love musical theater, so I decided to play on that. I took one of my favorite Broadway songs – from the musical “Hairspray,” “Good Morning Baltimore” – and I changed the lyrics around a little bit to “Good Morning Falls Church City.” I basically danced around stage and sung it for everyone. I think the audience liked it.

Matt: I did a comedy skit where it was like a class of fourth graders, or elementary schoolers, and our teacher was taking us to recess and it turned into a Middle Earth knight battle between the grades, and we were all talking in ridiculous accents. I based it off of a “Whitest Kids U’ Know” sketch.

What are your memories from past Memorial Day festivities in the City?

Lilly: The food. It’s so amazing.

Matt: Yeah, Chicken on a Stick. It’s a must.

Lilly: I plan out my day, like, “I’ll have a saucer of ice cream here, a funnel cake here, a lemonade here, a Chicken on a Stick.” You can’t eat it any other time of the year.

Matt: Ten Chicken on a Sticks. You just eat it for the entire year.

Lilly: The run in the beginning is important, so that you can –

Matt: Get the free T-shirt!

Lilly: – burn a few calories … or that, too. Make room for all the food.

Matt: The parade is always fun to watch, to see what goes on. It’s always the same thing every year, but it’s still fun to watch.

Did you know that, by winning Mr. and Ms. Mason, you became the king and queen of the Memorial Day Parade?

Lilly: Actually, my sister Claire Constance was a previous Ms. Mason [in 2012], so I felt like I had to uphold the family name a little.

What are your parade plans?

Matt: We’ve been discussing this, actually. I think we’re going to do a good cop/bad cop scenario where we’re two completely different personalities. I think Lilly is going to be all prim and proper –

Lilly: Good posture. I’ve been working on that. And my wave.

Matt: So she’s going to be all proper, and I’m just going to be playing the crowd and hamming it up. Like, “Yeah!” Pump up the crowd a little bit. Just different personalities, I think, would be the way to go.

What kind of royal behaviors do you exhibit in your daily lives?

Matt: I like bossing people around. I think I’m the best.

Lilly: Good posture is always very important for me. 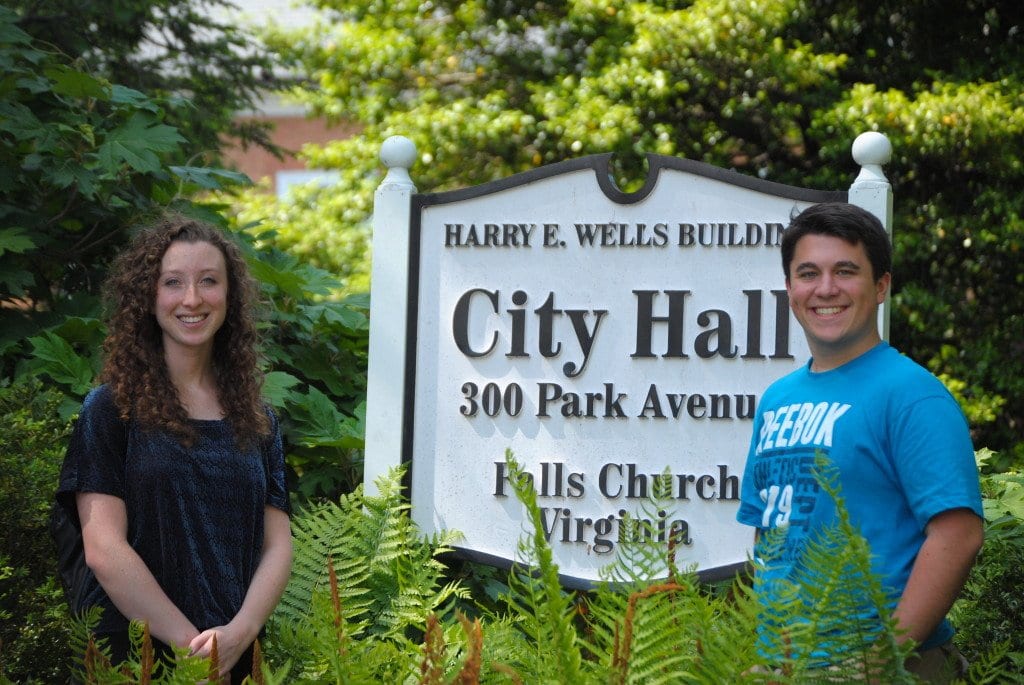 Lilly: I’ve always found Mason from day one – eighth grade – to be very welcoming, especially with the teachers that I’ve had. I’ve had some of the most amazing teachers at Mason that I’ve had my whole entire life, especially the English department. I actually know that I want to major in English now in college because I’ve just had such positive, influential people in my education.

Matt: Yeah, Mason’s been fun. I’ve been involved in a lot of things, like Scholastic Bowl, and I’m also on the SCA, which is always fun to do. I actually ran the Mr. Mason show last year, and I was supposed to run it this year, but then they nominated me and I’m like, “no, I can’t do that, conflict of interest.” Mason has been a part of my family for years, because my dad and his siblings went to Mason when they were younger. I enjoyed my experiences there. … It’s always fun, it’s always fun. I’ve never had a bad day at Mason.

What is one Mason memory you’ll never forget?

Lilly: As cheesy as it sounds, winning this was definitely a highlight. I wasn’t expecting it necessarily because I had a cold the day of the show, and then I actually ran on stage late. I didn’t hear them calling my name. Everything seemed like it wasn’t really working until I won. So I felt really supported by everyone in the audience.

Matt: You’re not going with all of your musicals? You’re going with this?

Lilly: Yes, all of the musicals …

Matt: She’s really good at singing. Like, she was in “Oklahoma!” this year. She’s really talented. Me? I ran the pep rally this year; I was the host. It was a really cool experience. Oh, and at the homecoming game, weeks beforehand I was telling shirts that said “Beat Madison,” which was the team we played. And our football team was never really good until this year, so the night of homecoming when I saw everybody wearing those shirts, it was a really cool experience. So that’s something that will stick with me.

What are your plans after graduation?

Lilly: I’m planning on going to college at James Madison University and majoring in English.

Matt: Well, for the summer I’m going to be working at a pool. And then college, I’m going to Mary Washington next year. I’m not sure if I’ll stay there for four years, but I’ll definitely be there for a bit and then try to transfer out, maybe. I don’t like planning my future. So I guess wherever the path takes me.

Lilly: I also want to combine theater in somehow, probably with a minor in women’s studies as well.

Matt: Yeah, I have no idea what I’m going to major in.

Lilly: Yeah, so double major in English and theater with a minor in women’s studies.

Matt: I could end up anywhere between biology and political science, or computer stuff, or anything – all completely different subjects. I’ve honestly got no idea what I’m going to be doing.

What are your career aspirations?

Lilly: Well … I tend to give about an hour-long explanation for that kind of question. It often involves starring in a few movies, having my own pastry place, and then also probably working with kids somehow, whether it be counseling or in theater, being on Broadway a little bit, traveling. Just a few things like that.

Matt: I don’t really have a career aspiration. I just want to have a positive impact on a bunch of people’s lives and be remembered. That’s all I want to do. It can be through anything – like, be a doctor and save people, or be an actor and inspire people, or just be involved in a community and have people remember me. 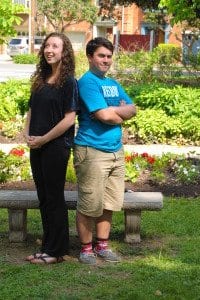 What is your message, as king and queen, to your subjects?

Lilly: Take care of your knees.

Matt: … what? Take care of your knees?

Lilly: Yes. That’s a phrase that I’ve heard all throughout my theater career. The most important thing for a human and an actor or actress is to take care of your knees.

Matt: … and have fun. Have fun, don’t get too stressed out over things, I guess. … Take care of your knees?

Matt: Take care of your knees?!

Lilly: And strive to be a happy person.

Matt: But you can’t forget about your knees! I don’t understand. Because they’re bowing to us, I guess?

Lilly: I guess that’s one way to look at it.

Matt: That’s weird. … Just have fun. Just live life to the fullest. You only get one, so make it worth it.