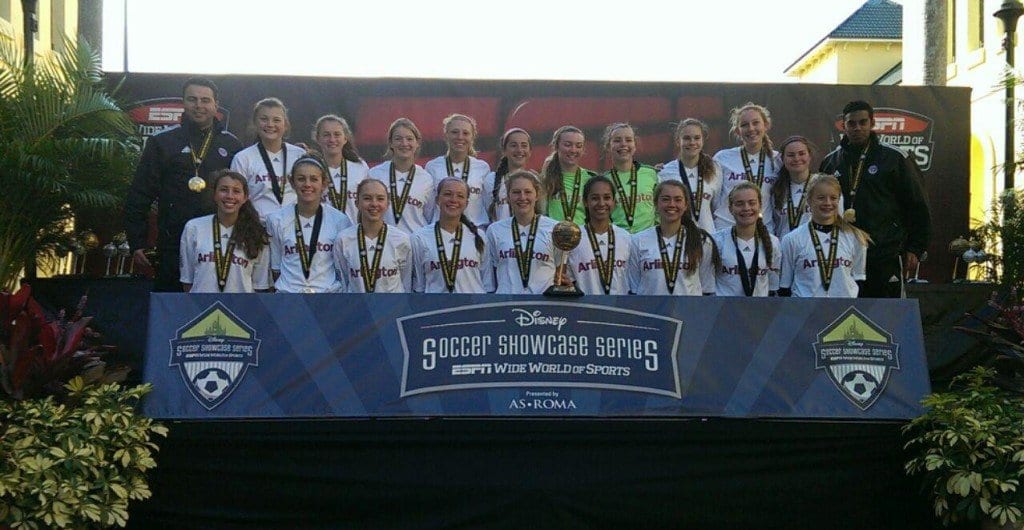 After a slow start, the U16 Girls Arlington Rowdies Red fought back to win the Disney Soccer Showcase Tournament (Gray Division) during the New Year’s break. The team includes players from Arlington, Alexandria, and Falls Church.

The Rowdies lost the opener 3-1 to the southern Ohio-based Tri-State FA Elite. Valaria Erostegui provided the Rowdies’ only score.

The team fell behind 2-to-0 in Game 2 against Florida Kraze Krush before Grace Hersey scored for the Rowdies on a turning shot. Tara Dolan tied it from close in after a free kick. With time running out, Haley Roy reached the back of the net for the Rowdies’ go-ahead, 3-2 win.

In Game 3 against Tennessee SC Premier 16, the Rowdies took the lead on a breakaway by Grace Hersey. Eva Snaith ensured the 2-0 victory and a berth in the championship with a free kick from outside the 18.