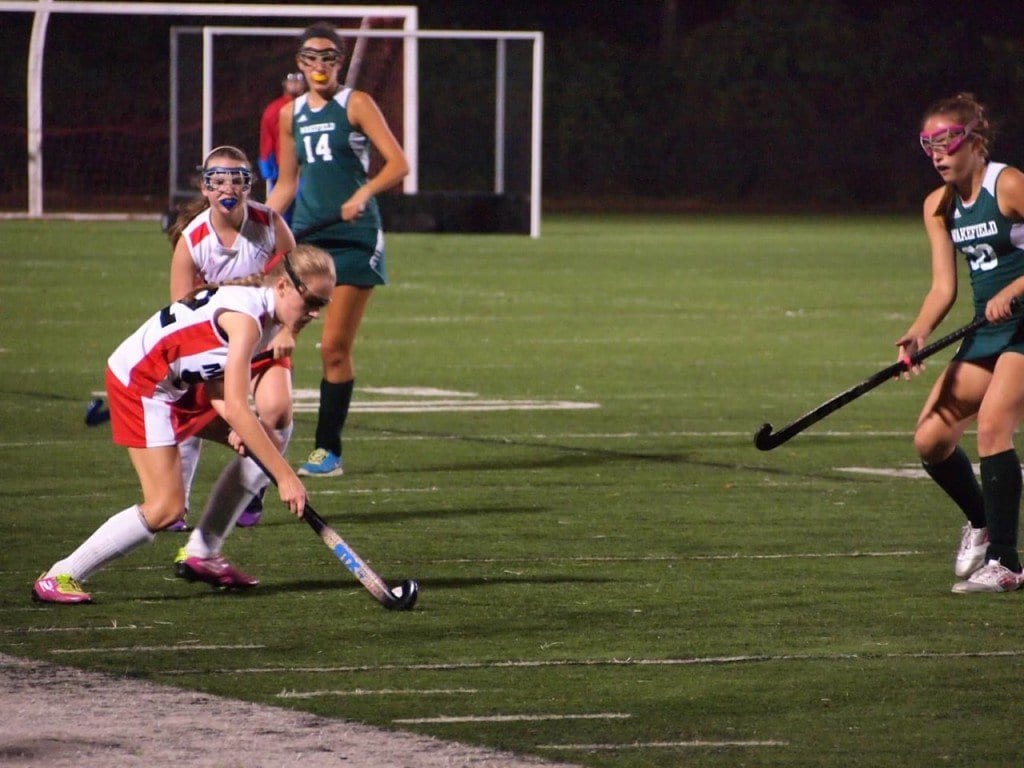 George Mason High School’s Mustang varsity field hockey team lost a heart-breaker in overtime to the Warriors of Wakefield High School at home Monday night. The Warriors scored first at the 14-minute mark of the first half, but Mason held off the Warriors’ attack and the score stood at 1-0 at the half. The Mustangs played strong defense the second half, but it looked like the game would end with the Mustangs unable to even the score. Then, with less than a minute to play, sophomore midfielder Caroline Stricker slammed home a goal for the Mustangs, forcing the game into overtime. The Warriors came on strong early during the seven-on-seven overtime, scoring the game-winner to beat the Mustangs 2-1. Earlier, the Mustangs’ JV team beat Wakefield 2-1, with Lydia Gorman scoring both goals for Mason.