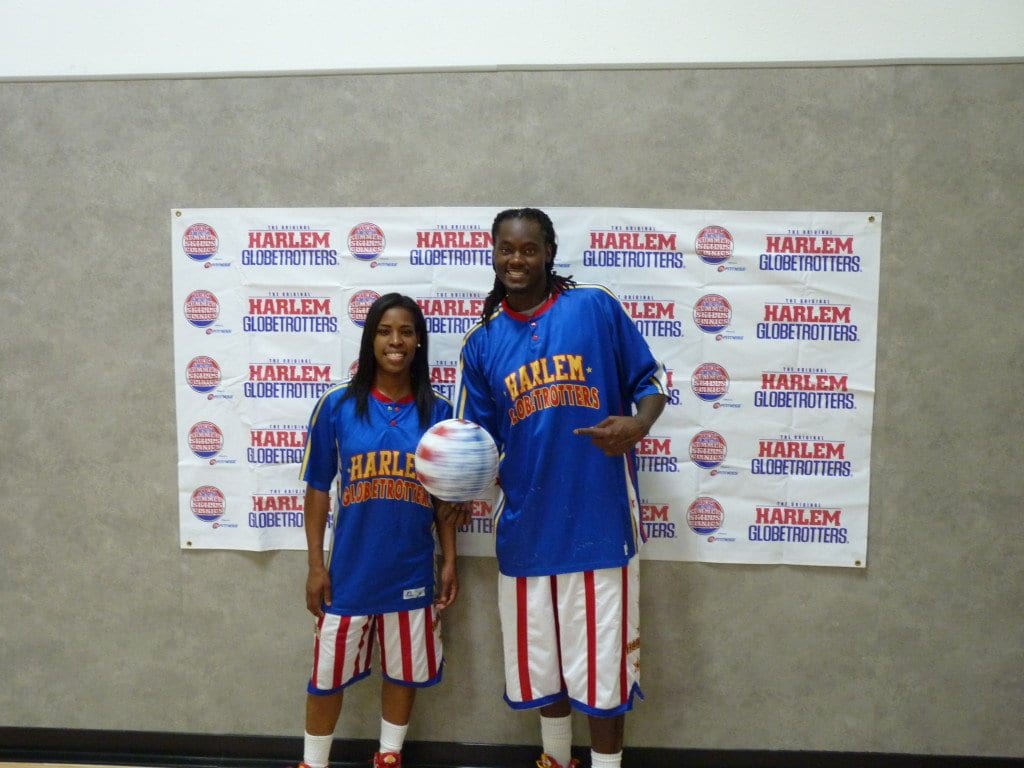 Whether they are throwing down monster dunks, performing dazzling ball-handling feats, or simply beating up on the Washington Generals, the Harlem Globetrotters never cease to amaze. That was the case again this July, when TNT Maddox and Slick Willie Shaw took 24-Hour Fitness in Falls Church by storm for a week-long youth basketball Summer Skills Clinic.

Divided into two-hour sessions, the clinics lasted all week and afforded local youth an opportunity to learn directly from the world-renowned ballers. 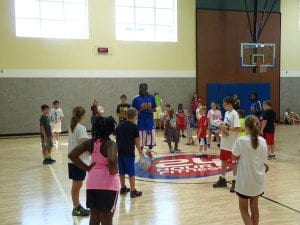 This however, is a relatively new program. For years young fans and their families could attend a game at the local mega-arena, and even take a picture with the larger-than-life Globetrotters, but that was about as close as they could get.

Last summer, the Globetrotters rolled out the first season of clinics to 11 city markets in the United States. After a great deal positive feedback and sold-out clinics, they opted to expand the clinic program to 18 markets, including the Washington D.C. area by way of Falls Church.

The Falls Church clinic was no exception. By 10 a.m. on the first day of the clinic, the gym was buzzing. At least 60 campers had packed into the gym for a chance to get up close and personal with the Globetrotters.

“I had a lot of fun because I got a chance to go see the Globetrotters at the Patriot Center a year ago, and now getting a chance to learn directly from them is really cool,” said camper Jaeden Davis after the event, adding an emphatic “Yes!” when asked if he would want to go to a clinic again in the future.

Parents too found themselves captivated by the Globetrotters spell. Many lingered along the walls of the gym with cameras and iPads in hand in order to capture an image of their children alongside TNT and Slick. And just like their campers, they came away raving. 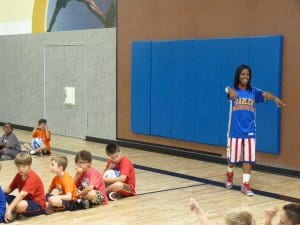 “As a teacher and coach, I think the clinics are a really great outreach program. It’s cool for the kids to see them at the Verizon Center, and then to actually get a chance to work with them is just awesome” said Jaeden’s mother, CaSanda Davis Perrilliat.

While much of the clinic focuses on basketball and serves as an opportunity for campers to meet and make memories with their heroes, the clinics also serve another purpose.

Because each session is only two hours long, the Globetrotters do not have enough time to break down each camper’s game individually. Instead they focus on the broadest fundamentals of the game and the values of basketball that translate off the court.

“We talk a lot about character building, communication, and working together as a unit, which is part of basketball and everyday life,” said Slick. 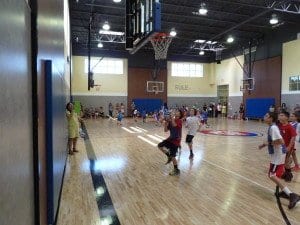 “We aim to instill values that go beyond basketball, and I think there is an opportunity to do that in just two hours,” added TNT.

In the clinics, the Harlem Globetrotters have found a way to not only make themselves more accessible than ever to their fans, but also to impart something meaningful into the lives of the campers.

The joy and passion Slick and TNT brought to the gym represented what the Globetrotters are all about. The duo reminded everyone in attendance how big of an impact one can have when they follow their dreams to do what they love. With their gushing enthusiasm and energy, the hoops stars have made the clinics another unforgettable Harlem Globetrotter experience.