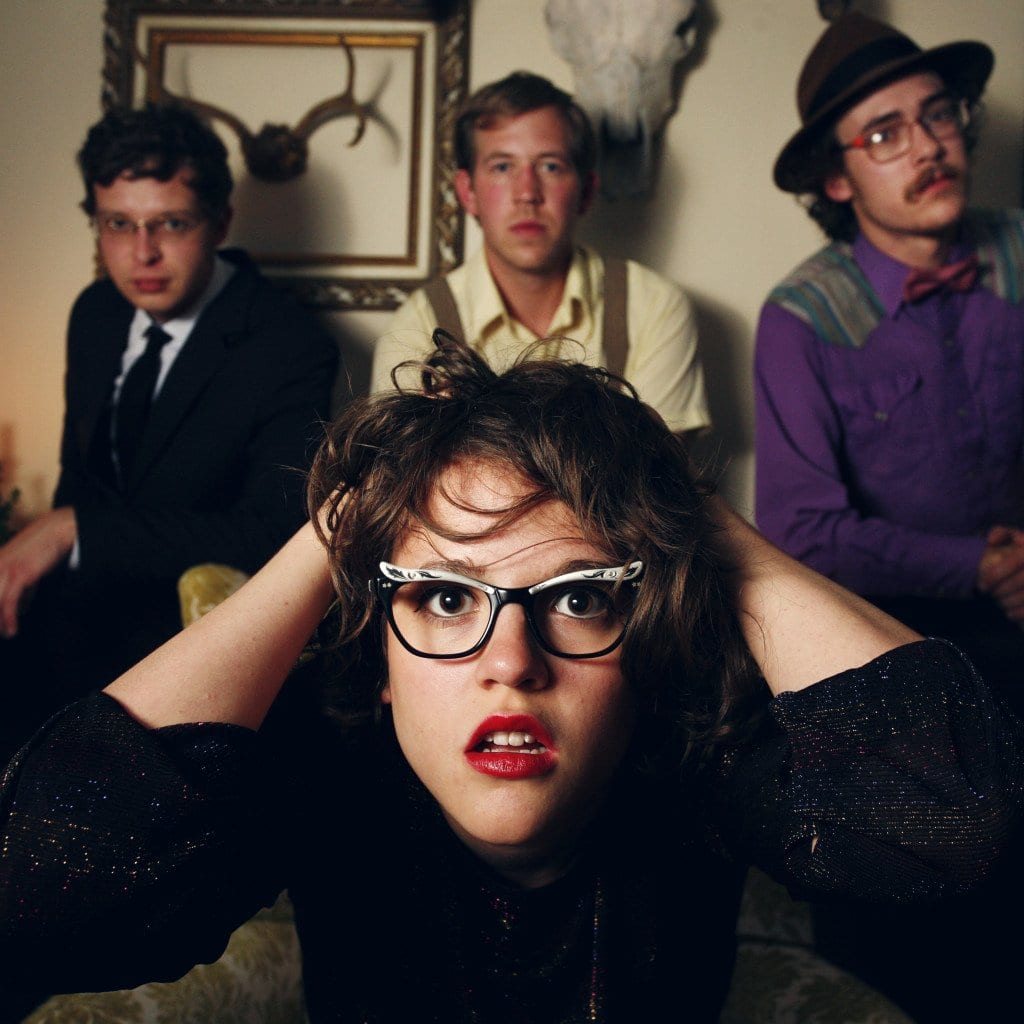 Sallie Ford’s musical journey began with a move across the country. The rock and roll frontwoman for Sallie Ford and The Sound Outside left behind her native Asheville, North Carolina, for Portland, a new home and a fresh start.

“I had a new chance to be someone new, and who I wanted to be, in Portland,” Ford said.

She started writing to express herself, to make something rebellious but still uniquely her own. Performing followed, as Ford felt she could play there easier than she could for friends she’d known all her life, and the reactions she got gave her the drive to continue.

Ford, with drummer Ford Tennis, upright bassist Tyler Tornfelt, and guitarist Jeffrey Munger forming The Sound Outside in 2007, began playing gigs at clubs around Portland and making a vintage kind of rock and roll, raw rock with rockabilly charm. They released their debut album, Dirty Radio, in 2011. Now they’re touring on the follow-up they released last month, Untamed Beast. Supporting Thao and The Get Down Stay Down, the band will be stopping by the Black Cat Wednesday night.

The sophomore release has earned its share of positive reviews, even prompting one New York Daily News reviewer to write, “If a middle finger had a voice, it would sound like Sallie Ford.” And Ford doesn’t mind.

“I’m OK with being an icon of inappropriate,” Ford said. “I think every artist should try to push themselves to be that, in a way. That means you have something to say. That means that all walls are let down, and you’re just expressing really who you are.”

She writes what she feels strongly about. Sometimes she’s channeling anger, and other times she’s embracing jazz- and blues-inspired lyrical sexual insinuations.

“Sexy, naughty songs are always fun to do,” Ford said. “I think there’s a lot of humor in that as well.”

In one Untamed Beast track, she’s invoking Nina Simone’s innuendo-laden “I Want a Little Sugar in My Bowl,” and on the next she’s issuing a rallying cry to “take the devil down.” Later in the album, food preferences veil sexual desires with the refrain “Papa, you do me right,” and in the next song she’s putting a potential love interest in his place with the line “don’t you give me lip boy.”

Musically, she’s out to make something fun, to play a high-energy live show for anyone to dance and have a good time. But lyrically, she thinks she might be writing for her generation.

And what does that generation have to say? “That we are free, and powerful, and I think we’re just moving forward, in good ways and bad,” Ford says.