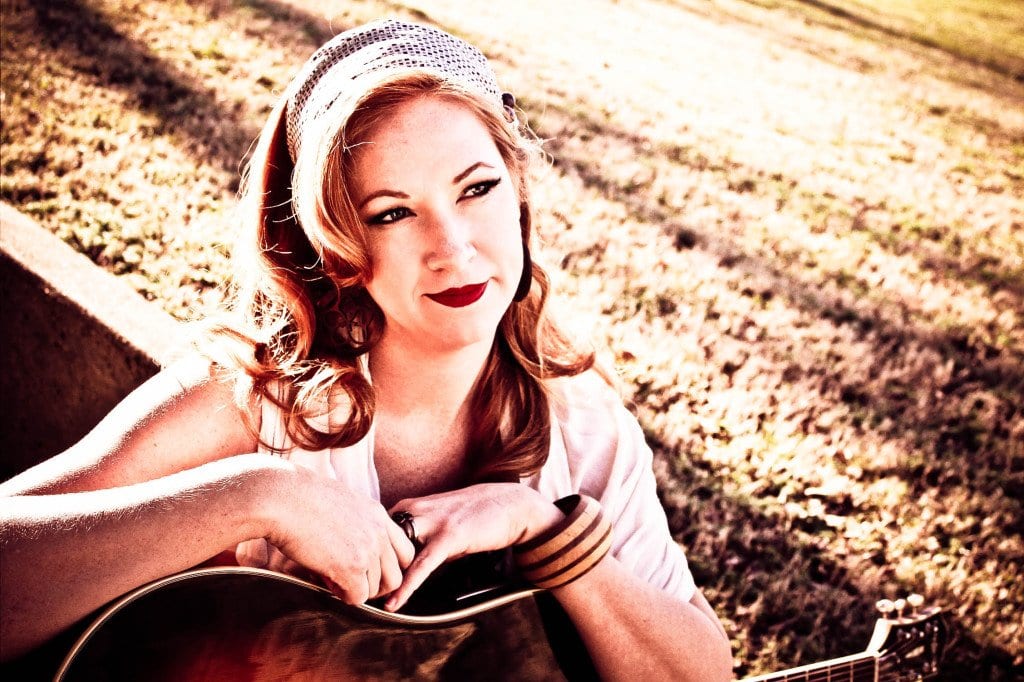 It’s rare, but it happens, Erin Thomas says. A neurological glitch can make something that was once second nature feel uncomfortable and unusual. In Thomas’ case, it left a French horn player without the control and precision she had displayed in her 12-year career playing the instrument professionally.

Due to focal dystonia, Thomas lost muscle memory in her lower lip. She could still play French horn, but her ability was impaired.

“It’s like a switch that goes off in your brain,” Thomas said. “The brain decides it won’t let that muscle do that particular thing anymore.”

Her brain may have flipped the switch on horn playing, but it didn’t turn off the music and now Thomas is setting a new course for herself as a folk singer-songwriter.

She had enjoyed folk music since she was a girl growing up in South Carolina, but was attracted to classical music at a young age and began her studies. She graduated from college and went on to a conservatory in New York. She settled in Nashville, where she enjoyed a varied career as a horn player. She was part of the Nashville and Chattanooga symphonies, but also played as a studio musician for famed country artists like Garth Brooks and Carrie Underwood.

It was during one such recording session, she recalled, that she became aware of a problem in her horn playing. She couldn’t tell what was wrong, but she just felt out of sorts. She decided it must be some ordinary, fleeting thing that had caused the strange feeling, but the feeling persisted. Frustrated, she consulted specialists, doctors, rehabilitation therapists, and teachers to find a solution, but to no avail. In talking to some fellow brass players who had the same affliction, she realized there was nothing she could do. She couldn’t regain her ability to play the instrument, but she believes this happened for a reason. She found a new path.

“It’s been a really neat experience to see how life can take a turn, and the music just continues in a different way,” Thomas said.

It was about two years ago that a mentor suggested that Thomas continue to make music, but make a different kind of music. She learned guitar out of her early love of folk music. She and a few other classical musicians who played other instruments formed a band, playing covers of Dixie Chicks and Emmylou Harris songs around Nashville just for fun. As her guitar skills improved, she tried songwriting and found an undiscovered talent in it.

“It wasn’t something I set out to do, it just kind of fell into my lap,” Thomas said. “Then song after song came out and a lot of them felt like they were just given to me in some kind of bigger-than-me kind of way. I felt like I was given this music, in a way.”

She decided last year to make an album of her songs and, after a fan fundraising campaign, released her debut record You Don’t Know Me last April. The album, which features a duet with country singer Vince Gill, broke into the top 10 on the Folk DJ Chart that summer.

Now, Thomas is playing at top singer-songwriter venues across the nation and will be making her first appearance on the Birchmere stage Sunday opening for Grammy-nominated folk singer Maura O’Connell. Her writing continues and she hopes to release another album within the next year, but for now she’s focused on “just trying to ride the wave of what is feeling good.”

“I’ve learned that making plans for yourself is something that does not always work out the way you think,” Thomas said. “So I’m trying not to make too many plans and just taking it day by day.”