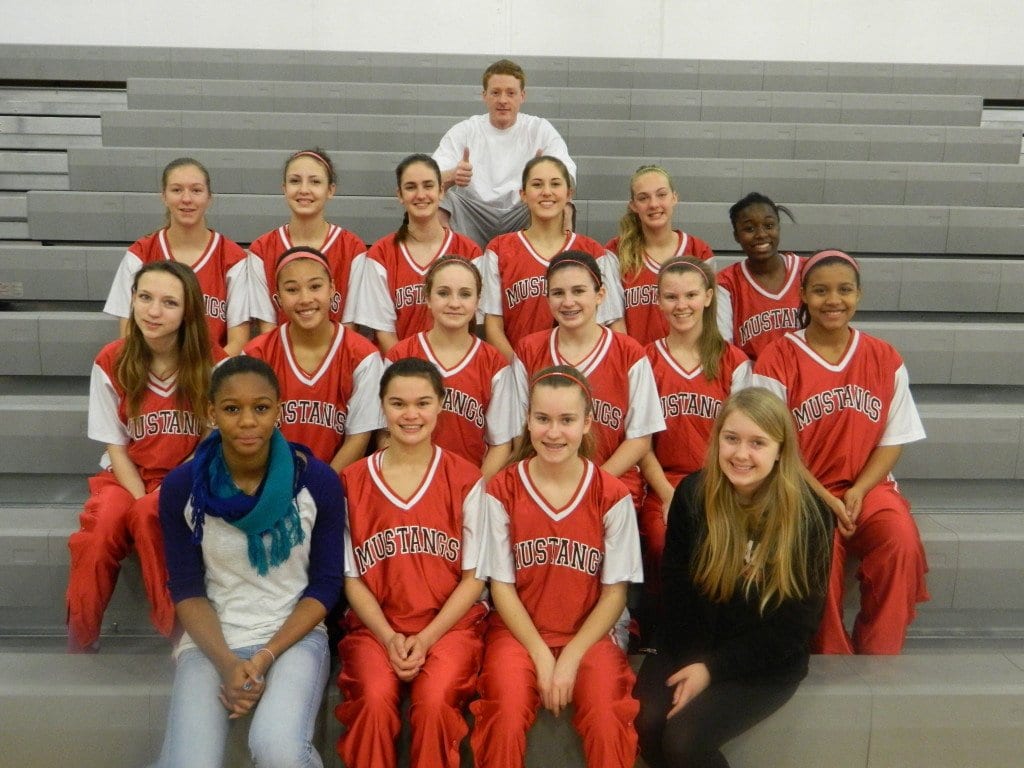 The George Mason High School JV girls basketball team closed out an undefeated season against Manassas Park High School on Monday night. The team finished its season 17-0 overall and 14-0 in the Bull Run District. Head Coach Mike Gilroy assembled the group of 10 eighth-graders, four ninth-graders and two 10th-graders and marched through the Bull Run District. Even when teams drew close, the Mustangs could turn up the heat and pull away posting an average margin of victory of over 23 points. When asked to comment about the season, Gilroy would only say “this was their team.” (Photo: Courtesy Kim Cherry)