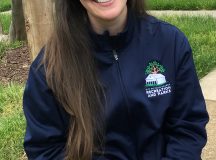 Falls Church native Scarlett Williams graduated from George Mason University with a B.S. in Tourism and Event Management and decided to bring her skills back to the city that she was raised in and loves dearly where she now works as the Special Events Program Supervisor and Preschool Director for the Falls Church Recreation and Parks Department.

“After President Putin’s announcement of military operations against Ukraine, and Russian missiles and artillery reportedly striking cities across the country, I wanted to be sure to share with you my brief thoughts on the situation:

Recall Petition Dismissed With Prejudice in Fairfax School Board Case

Fairfax County School Board Member Laura Jane Cohen (Springfield District) said yesterday’s court order dismissing the legal challenge to remove her from office confirmed that the entire case was no more than a political campaign without any legal support.

Push to Repeal Va. Constitutional Amendment Due to Fail

Virginia State Sen. Adam Ebbin announced this week that the constitutional amendment he is sponsoring this legislative session in Richmond appears to be failing. “I am carrying this bill to repeal the ban on same-sex marriage and replace it with a fundamental right to marry. It will face strategic opposition in the House, where despite having the votes on the floor to pass, the Speaker assigned an identical House Amendment, carried by Delegate Mark Sickles, to a heavily conservative subcommittee where it was killed at 7 a.m. with minimal discussion or debate,” he reported.

The omicron surge continues to subside in Fairfax County. The Fairfax Health District, including the cities of Fairfax and Falls Church, reported 95 new Covid-19 cases Tuesday, making it the first day with fewer than 100 new cases since Dec. 11, when there were 69 cases.

Fairfax County residents could see their property taxes increase by $666 on average, based on a proposed $4.85 billion budget presented by Fairfax County Executive Bryan Hill this week, subject to adoption by the Fairfax County Board of Supervisors.

The School Board of the Falls Church City Public Schools formally adopted unanimously Tuesday night a Fiscal Year 2023 budget that it has advanced to City Manager Wyatt Shields to be included in his overall coming fiscal year budget. 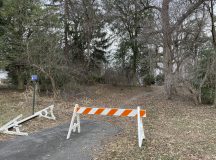 Deliberations Begin on Fellows Tract Use

Community deliberations have begun on how to utilize the so-called Fellows Property, recently acquired by the City adjacent to the Oak Street Elementary School. 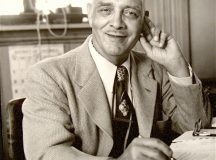 In the context of Black History Month last Saturday, the University of the District of Columbia (UDC) renamed its sports complex after the late Falls Church civil rights icon Dr. Edwin Bancroft “E.B” Henderson, also known as the “Grandfather of Black Basketball.” Henderson’s grandson, Edwin Henderson and his wife Nikki are currently prominent community activists in the City of Falls Church.