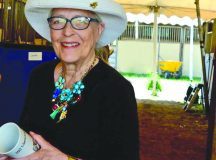 The warmth of this special holiday season (special because it is a recovery from a year of pandemic lack) combined with this year’s milestone of the 30th anniversary of the Falls Church News-Press’ unbroken weekly publication, has compelled the News-Press to use this occasion to publicly announce and salute its first ever Lifetime Honoree, long-time Falls Church resident, local realtor par excellence and generous community leader Merelyn Kaye. 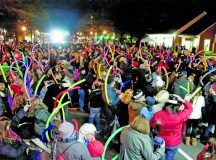 Watch Night to Return This NYE

Watch Night, a New Year’s Eve celebration that involves closing the street in the 100 block of West Broad in Falls Church, has been a tradition in the Little City for many years now, leaving citizens disappointed last year when it was cancelled for the first time ever due to the pandemic. 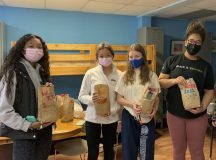 After being unable to open in winter 2020 and having a short season in 2019-2020 when they had to close early due to the Covid-19 pandemic, the Falls Church Homeless Shelter is back with plans to open next week on December 1 to accommodate unhoused people across the city. 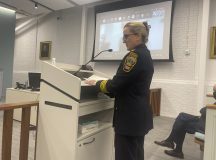 Falls Church Chief of Police Mary Gavin did her best to keep her cool while presenting to the Falls Church City Council Monday a stark picture of what she called “a staffing crisis” facing her department.

Overnight Closures on I-66Planned Next Week

The suspect in a sexual assault, Mark Alexander McKnight, age 31, no fixed address, was arrested last night at the Twinbrook Metro Station in Montgomery County, Maryland.

U.S. Rep. Don Beyer of Northern Virginia, who serves as Chair of Congress’ Joint Economic Committee and as a member of the House Committee on Ways and Means, spoke yesterday during the House floor debate on the Build Back Better Act prior to its passage early today. 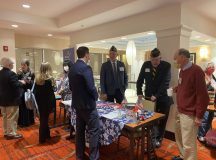 The Falls Church Chamber of Commerce held its annual Nonprofit Forum and Networking Luncheon this Tuesday. The event invited both nonprofits and Chamber-member businesses from the community to come together and showcase their work. 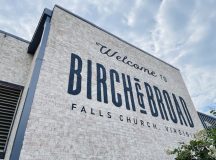 After months of remodeling, the newly redesigned and renamed Birch and Broad shopping center (formerly known as Falls Plaza) is nearing completion. The project includes façade renovation, new signage and more to add to the new modern farmhouse design of the 144,000 square foot shopping center.

This Monday, the U.S. Department of State confirmed that the Russian Ministry of Defense had performed an anti-satellite (ASAT) weapons test, which created a dangerous field of space debris, threatening the International Space Station (ISS), the safety of the ISS crew, and other satellites and spacecraft operating in low earth orbit.