Einstein Part 2: Everything Is Love

Following my column from a month ago that quoted the world’s most important theoretical physicist Albert Einstein on the fundamental nature of the physical universe, wherein he asserted that everything is energy, comes a new revelation.

To the winners in Tuesday’s important election, we say congratulations. There will be plenty of post-mortem evaluations and assessments on why things turned out the way they did. Sadly, it was bogus “dog whistle” issues of “defunding the police” and “critical race theory,” more than programmatic plans for improving the lives of people, that dictated pro-GOP outcomes in the statewide races. 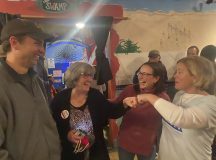 For the first time in City of Falls Church history, women will constitute majorities on both publicly elected bodies, its City Council and School Board, when the swearing in of all those newly elected in this Tuesday’s election occurs in January. 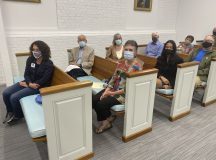 Leaders of important Falls Church civic organizations took turns coming to the microphone at the newly-revived in-person Falls Church City Council meeting last Monday to urge the Council to follow through on the suggestion by Council member Letty Hardi and a letter sent to the Council over the summer that the Council call into being a Race and Equity Commission.

Cato Institute & the F.C. School Board

The Cato Institute, where a Falls Church School Board candidate is a prominent staffer, is a high-profile D.C. think tank whose purpose is to influence the national political discourse in favor of libertarian policies. Far from the popular notion of libertarianism as a marginal and relatively harmless “live and let live” philosophy, in the hands of some of the most powerful financier interests, like Cato Institute co-founder, Charles Koch, it has been a battering ram against consumer protections and other forms of government regulation.

Being as next Tuesday’s election day in Virginia marks the first major election in the U.S. following the defeat of Trump last November and his attempted coup in January, its importance to all of us simply can’t be overstated. How it turns out here next Tuesday will set the tone for the coming period both nationally and even globally.

The most important election in the U.S. this year will culminate with official election day voting next Tuesday, Nov. 2, when the City of Falls Church’s three polling locations and those of all the rest in Virginia will be open from 6 a.m. to 7 p.m.

Monday’s Falls Church City Council meeting was a frustrating exercise for viewers familiar with some of the underlying structural problems facing the Little City. The Council discussion of how to deploy not only the $3 million budget surplus but the $18 million in federal American Rescue Plan Act (ARPA) money smacked of a scene from a French court revolution era drama where Queen Marie Antoinette is asked what to do about the starved but angry masses. The people having no bread to eat, the queen quipped, “Then let them eat cake.”

Love or Cruelty, The Universal

The opposite of love is not fear, it is cruelty. 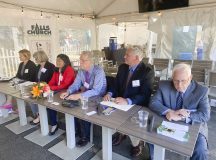 With some citizens having already voted, the official election day for this Fall’s critical statewide races in Virginia and locally for the City Council and School Board in the City of Falls Church is now less than two weeks away.