The topic of affordable housing has been talked and argued about throughout the years, yet there doesn’t seem to be a direct conclusion about what can be done. In the City of Falls Church, there have been discussions on the future of affordable housing in the area, as well as “barriers” that could affect it overall.

Letty Hardi, the vice mayor of the City of Falls Church, said the future vision of housing in Falls Church not only relies on affordable housing, but also the supply of housing and diverse housing, which she stated “contribute to the affordability issue that we have.” The “future version” the city is looking for, according to Hardi, is being “more plentiful in terms of housing stock,” including the building of a “missing middle housing” and having more “diverse housing types.”

“I think those are kind of what I envision what a successful future state of housing looks like in Falls Church,” Harti said. The subject of possible zoning changes is a “tricky subject,” as Hardi stated zoning is “very personal for people,” and it “determines kind of where what should go where in the city.” Hardi said the only thing “on the table right now” is what they call their “transitional zoning,” which is about 3 percent” of the land in the city which they are “contemplating allowing more housing types to go in these zones” due to them being “underutilized.” There are opportunities to create “missing middle housing types,” and those transitional zones offer the “opportunity” of a “gentle” transition from a single-family neighborhood to a large, commercial district. 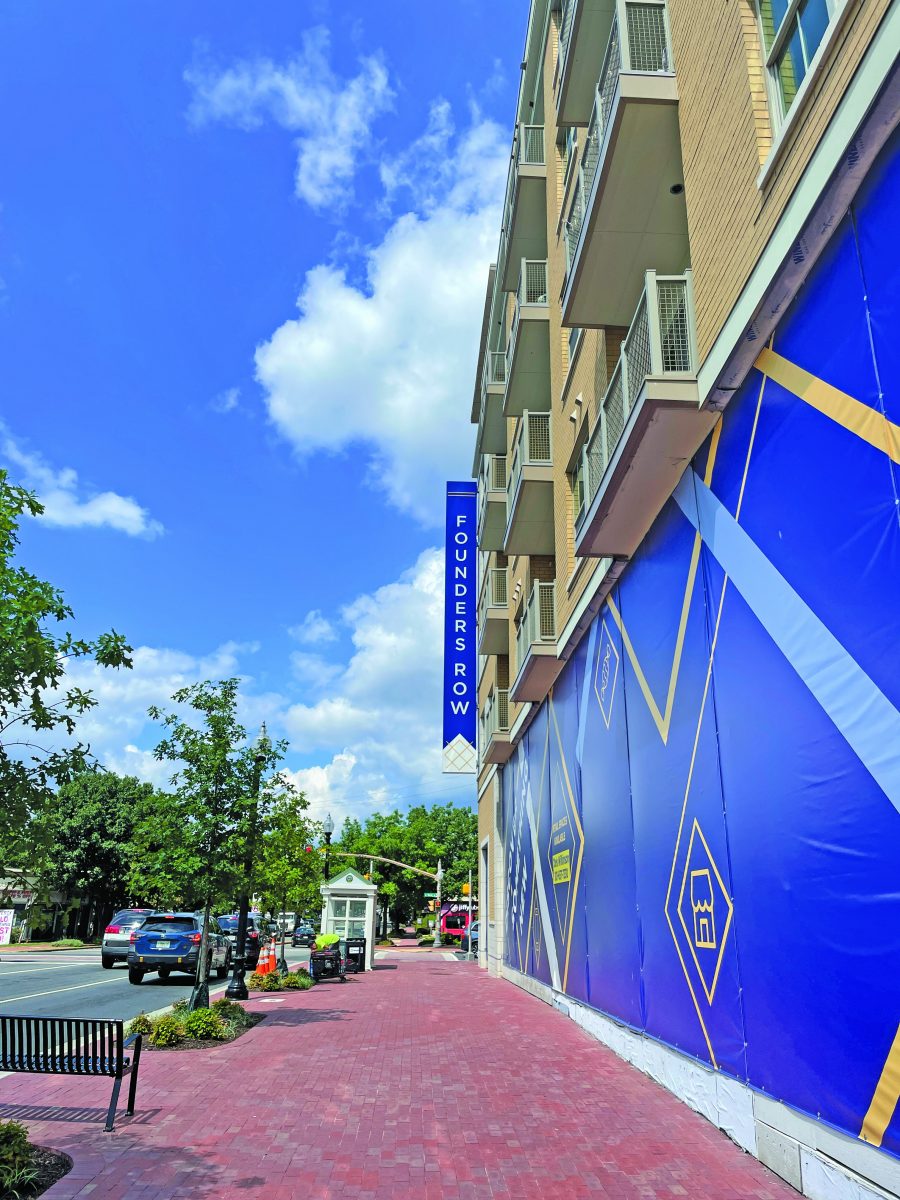 “A kind of good lesson learned is that we don’t want to keep trying to catch up from things that are expiring,” Hardi said. “And so we are negotiating going forward that these units will never expire so they stay affordable in perpetuity.”

As for how cities in the same position as Falls Church can create policies addressing scarcity and affordable housing, policies need to be in three areas: “preserving, expanding and homeownership.”

To “expand,” Hardi said the city has “successfully” gone from having 6 percent of units inside new buildings to 10 percent — 12 percent, as Modera Founders Row “committed” to having 12 percent of units in the new building being “permanently affordable.” Hardi said she and her team have won two Amazon grants; one being focused on the rental area. The city is buying the Virginia Village Quads on South Maple Avenue in Falls Church, with the long term “hope” being “acquiring enough of [the buildings]” so the city can redevelop and put more affordable housing and mixed income housing.

For “home ownership,” the current affordable housing to date in Falls Church has been “focused on rentals,” with Hardi stating the goal is to “create more homeownership opportunities.” One of these opportunities is a new homeownership program for first time homeowners, funded by the other Amazon grant the city received. The program will allow the city to “buy a mix of homes, condos, townhomes and small single family homes in Falls Church, rehab them if necessary and then resell them at an affordable price to first time homeowners with an affordability covenant in place that those homes stay affordable forever.” Hardi said there can be “barriers” to achieving affordable housing; with one being “community sentiment and political will.” This can be tough to achieve as Hardi stated although Falls Church wants to be “a community for all,” some members of the community may not be willing to make “trade-offs” to have affordable housing.

However, Hardi said the good news is the “political will and the community support is building,” and recent councils have been “more willing” to put those “trade-offs” on the table to invest in affordable housing in Falls Church.