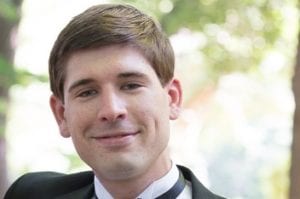 He attended Falls Church City schools through the 11th grade where he played varsity football, basketball, and baseball at George Mason High School. He attended Hargrave Military Academy for his senior year where he was an all-conference football player in 2003.

Kevin attended Longwood University and Northern Virginia Community College. He worked in the construction business for many years. He was a talented horticulturist and long-time employee and manager at Merrifield Garden Center. He was also a gifted artist.

He loved to travel, having gone to Australia in 2005, Europe several times, as well as frequent trips to the Caribbean.

He was a kind and gentle man and will be very much missed by his family and friends.