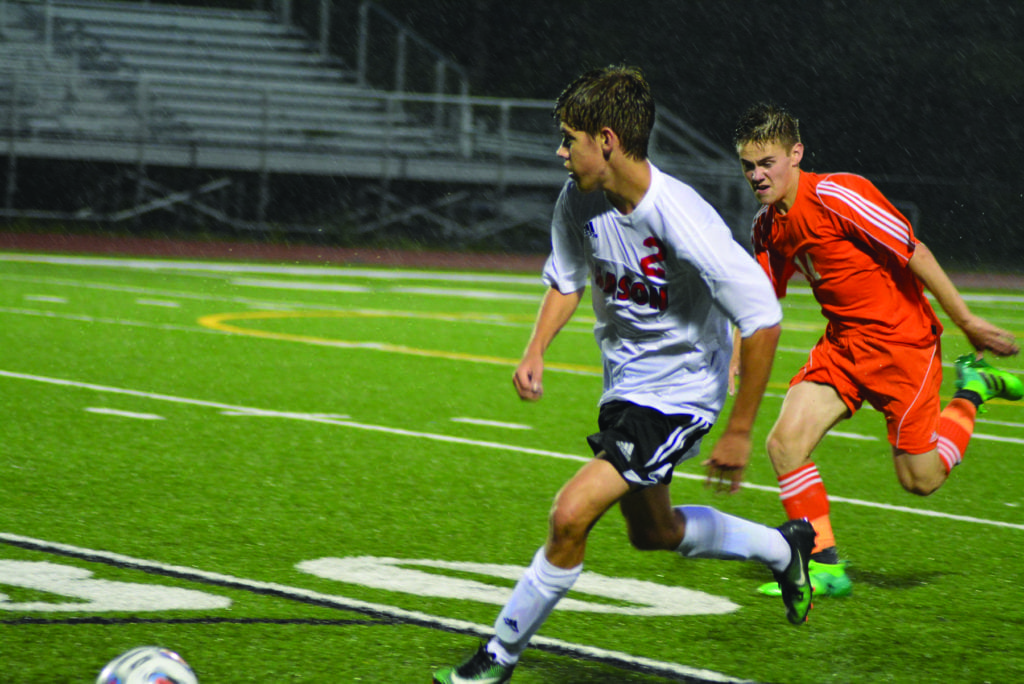 Mason (9-0-1) had to fight through rain and wind to secure the victory, but still managed to do so with the combination of grit and finesse that’s become a trademark of the program. Although more important than the Mustangs’ style in how they win games is that they actually are winning games, which is a product of the team’s singular focus on the opponent at hand. A welcome change this year is that Mason has never allowed itself to get too high or low after any result and gives each competitor the proper respect and attention they deserve.

“This group has been good about just focusing on the next game and next team we face and honoring each of their abilities. Right now, everyone’s just talking about facing Clarke County [High School] on Friday,” Mason head coach Frank Spinello said. “Last year, we had some trouble looking too far into the future and not zeroing in on our next game.”

From the jump the Mustangs were locked into their contest with the Mountaineers. Junior forward Detsl Antezana kicked off the scoring for the night when he found the back of the net in the opening minutes of the game. In the 14th and 15th minute, junior midfielder Nick Wells knocked in back-to-back goals — the first after receiving a through ball on the right wing of the field and winning his one-on-one with Madison County’s keeper and the second as a rebound from a cross of the net’s crossbar.

Senior midfielder Carlos Mercado would go on to tally consecutive goals himself. His first came unassisted in the 20th minute and his second came from Wells’ cross that found Mercado in space near the top of the box five minutes later to put Mason up 5-0 early on.

Goals became fewer and farther in between from that point on. Sophomore midfielder Cole Hellert ripped a shot underneath the crossbar to give the Mustangs another notch on their belt in the 41st minute right out of halftime. Antezana recorded his second in the 68th minute and finally senior forward Peter Scardino’s corner kick found senior defender Tim Andrianarison’s head a minute later to secure the game’s final score.

The slowdown in scoring wasn’t ideal, but its causes weren’t inefficiency as much as they were too much benevolence, according to Spinello.

“We were getting to be too unselfish with the ball,” Spinello continued. “We had plenty of open looks, but guys were looking to make the perfect pass and line up the perfect shot and get everyone involved. They just needed to pull the trigger a bit earlier on their opportunities next time.”

Mason’s on the road next week, traveling to face Clarke County on Friday before heading down to Rappahannock County High School on Tuesday, May 1.