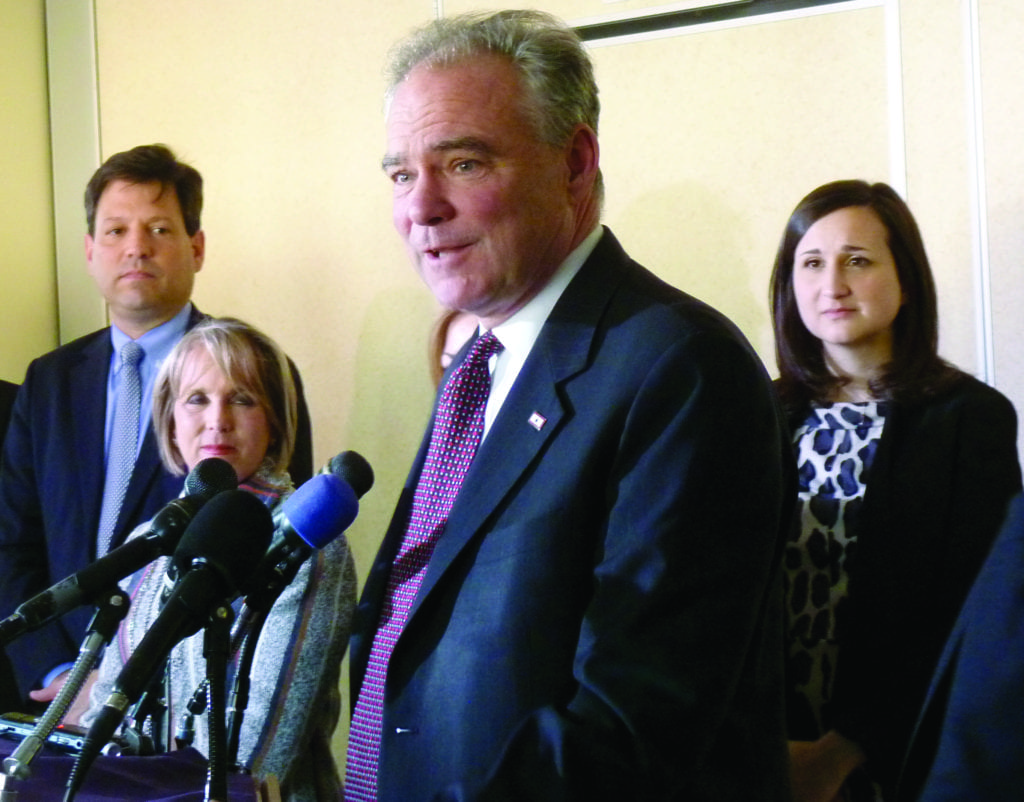 “President Trump’s decision to launch airstrikes against the Syrian government without Congress’s approval is illegal and – absent a broader strategy – it’s reckless. Last week, President Trump was adamant that the U.S. was leaving Syria imminently. This week, he is opening a new military front. Assad must face consequences for his war crimes, but Presidents cannot initiate military action when there isn’t an imminent threat to American lives. Today, it’s a strike on Syria – what’s going to stop him from bombing Iran or North Korea next?  The last thing Congress should be doing is giving this President a blank check to wage war against anyone, anywhere. We need to put clear limits in place before he starts another war, and I’m working to do just that.”

For years, Kaine has been outspoken about Presidents’ efforts to expand the use of military force without congressional authorization. In December, Kaine wrote a letter to the Trump Administration requesting information on U.S. strategy in Syria, expressing concern over reports that the U.S. military might now be used to pressure the Syrian government, target Iran and its proxies, and engage other entities not covered under the 2001 AUMF. In January, Kaine spoke out against the Trump Administration’s decision to keep U.S. troops in Syria beyond the counter-ISIS mission and in February, he raised concerns again over recent U.S. airstrikes absent a clear strategy. Kaine has repeatedly demanded that the Trump Administration release a secret memo that, according to reports, the Administration has created detailing the legal basis for airstrikes last April against the Shayrat military airbase in Syria. He has yet to receive a response.