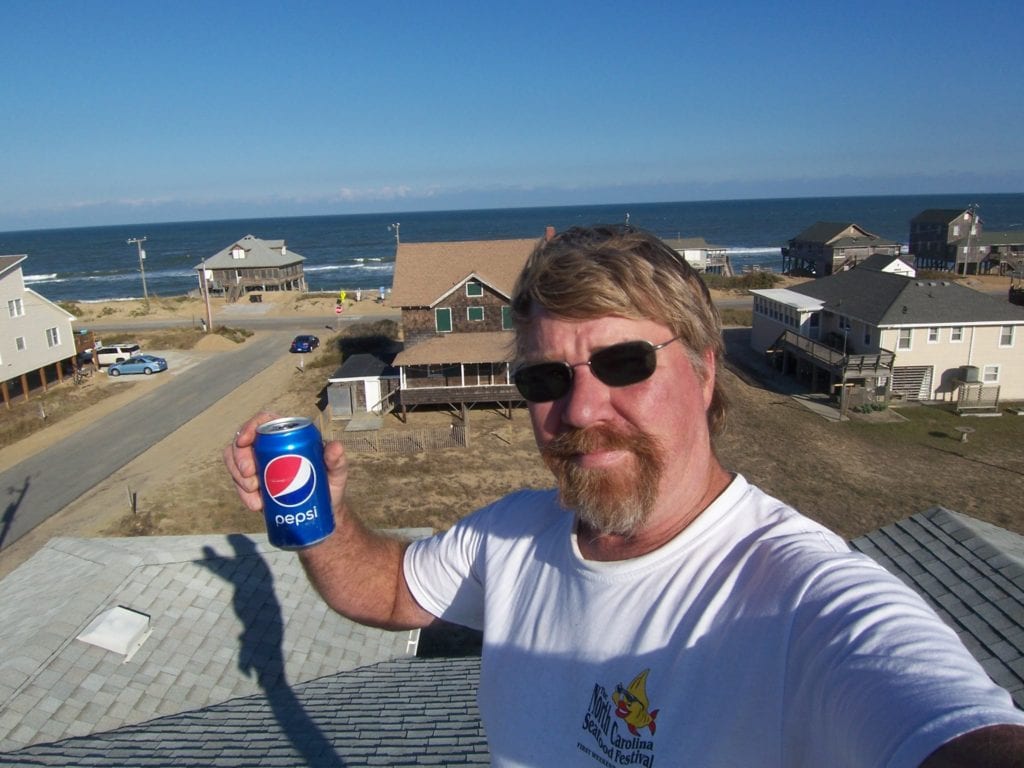 A native of Falls Church, Virginia, Jim moved to Kitty Hawk on August 30, 2001, where he enjoyed fishing, the beach, collecting beach glass, and feeding the wild birds. He also enjoyed playing with the family Border Collie, Lucy, hanging out in his man cave with friends, and completing newspaper puzzles.

Jim loved the beach and was living his dream residing in Kitty Hawk, NC with his wife Nancy. He was adventurous and fearless. He never considered that something as tame as a mandatory hurricane evacuation was a reason to leave the Outer Banks.

Jim was a skilled craftsman, a talent he inherited from his paternal grandfather. He made his living doing home renovations and repairs and was a perfectionist when it came to the finished product. He was well known in the neighborhood as a handyman. Prior to each hurricane, he had people calling to get on the list to be the first ones to have Jim check their homes after the storm.

Very outgoing and friendly, Jim wanted to help others and always tried to make people laugh with his humor and wit. He will be sorely missed by everyone that knew him. Many of you may also remember him from attending the stamp shows with his Dad, Bill Olcheski, Sr. over the years.

We will miss Jim, particularly his sense of humor. There will be a memorial service in the spring on the beach that Jim enjoyed so much. We appreciate all the messages and prayers during the twelve days when Jim was on life support following his heart attack.

Twiford Funeral Home, Manteo is assisting the family with arrangements. Condolences may be expressed at TwifordFH.com.
Family can be reached at Olcheski Family, c/o P.O. Box 6051, Falls Church, VA 22040 or Greenstreet Properties at the Beach, 5121 Lindbergh Ave., Kitty Hawk, NC 27949