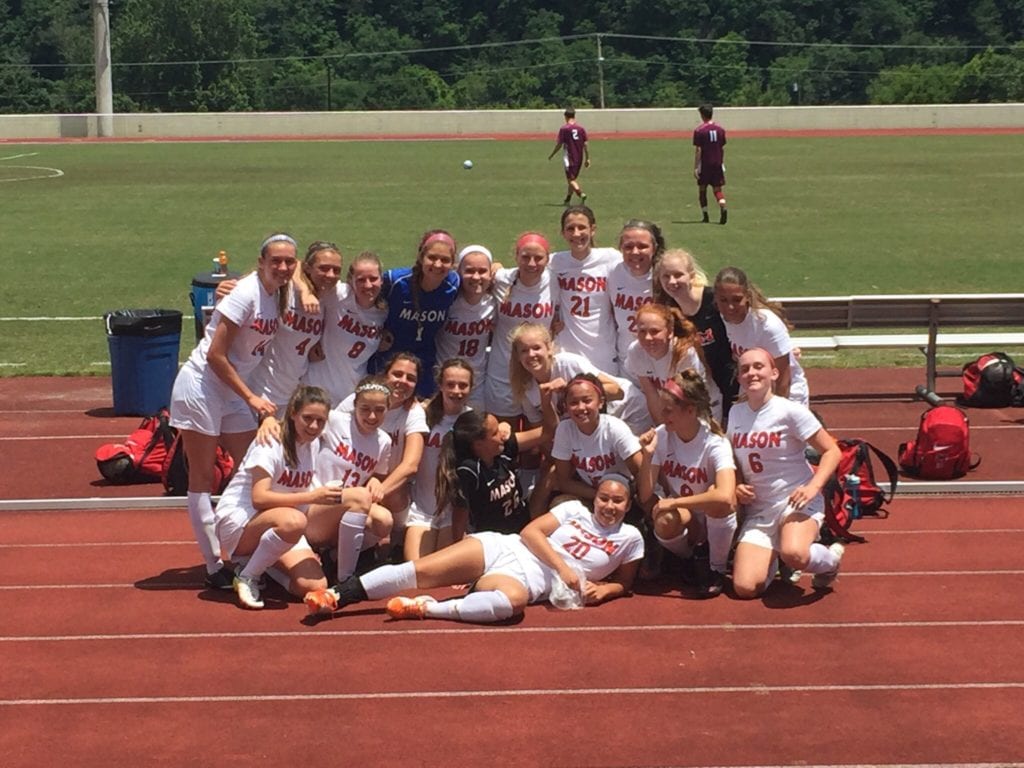 The Mustangs methodically eased into the match before turning up the heat in the second half. Junior forward Izzy Armstrong nabbed Mason’s first goal while sophomore midfielder Maura Mann netted the second to give the Mustangs a 2-0 lead by halftime. After the intermission Mason began to enforce their will. Armstrong scored her second and soon afterward senior forward Rebecca Crouch got on the board with her first of the game to the Mustangs up 4-0. Junior midfielder Sophie Matton tallied Mason’s fifth goal and was capped off by freshman midfielder Fiona Howard’s goal in the latter part of the game.

Tomorrow’s state championship game against Stuarts Draft will be a rematch of last Friday’s regional championship with elevated stakes. Game starts at noon and is being played at Radford University’s Cupp Stadium.