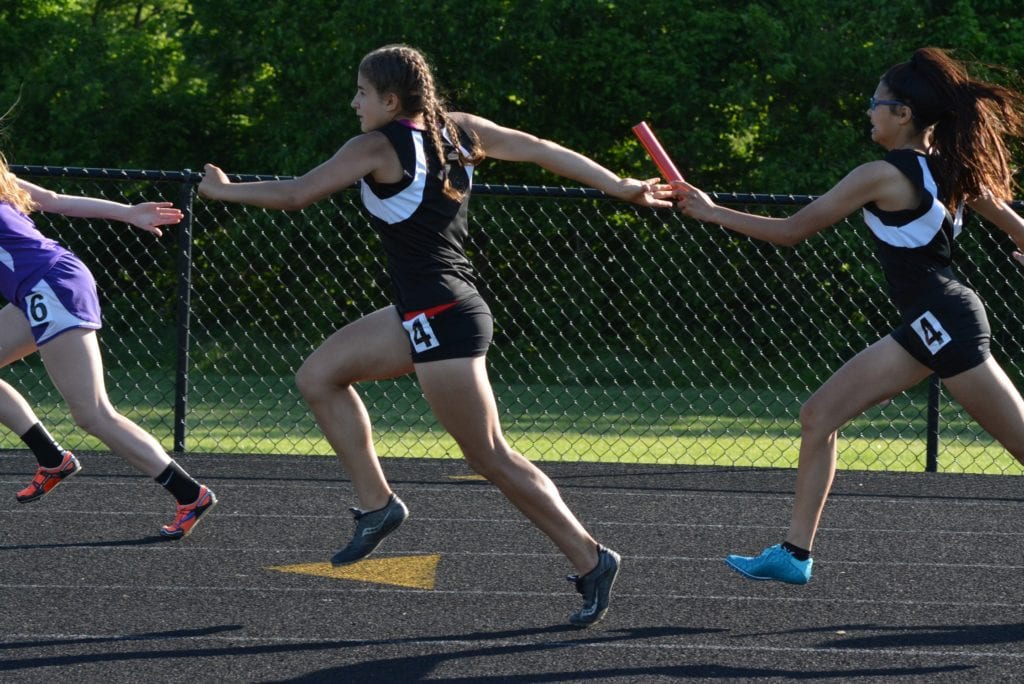 Passing the baton during the Girls’ 4x100m race is freshman Robin Levy (right) to fellow freshman Isabel Caton (left) to start the third leg of the relay at the Conference 35 meet at Strasburg High School on Tuesday. Mason’s girls claimed first in the 4×100, 4×400 and 4×800 relays as well as earned the top four spots in the 1600m en route to a fourth Conference championship. The boys wound up placing third – their highest finish since 2015 – due to Conference records set by Ryan Henderson in the 1600m and the boys 4×800. Other notable showings came from senior Charlie Hansen’s 200M finish that qualified him for State’s and senior Patrick Lin’s second place finish in the shot-put, which was Mason’s highest finish in that event since 2001. (Photo: Carol Sly)