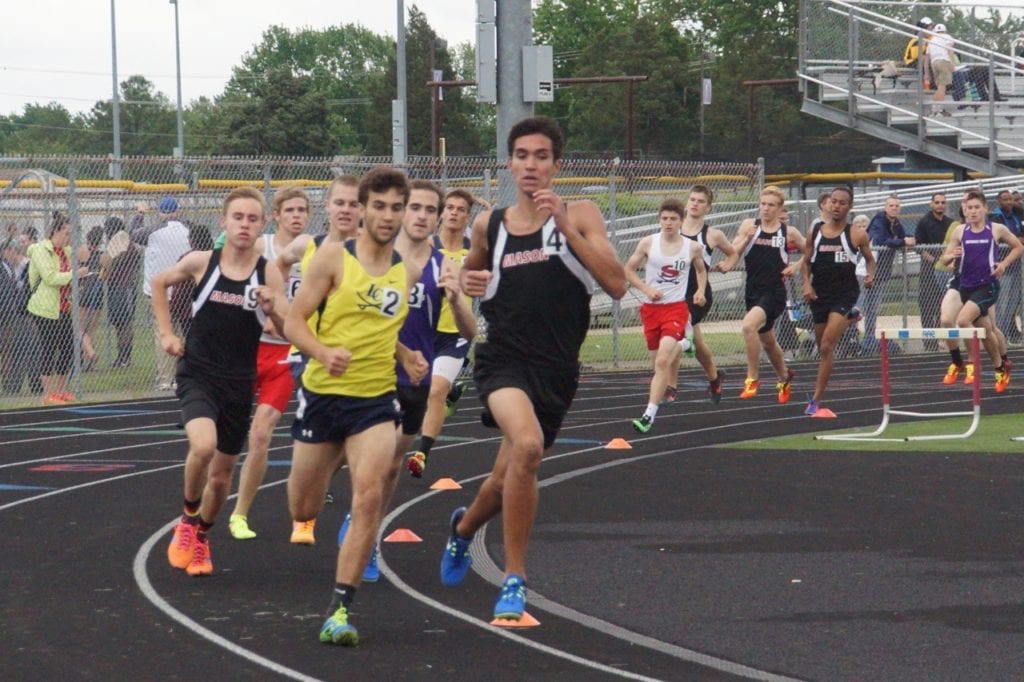 Rounding the turn during the Boys’ 1600m race is junior Bill Comstock, who’s followed close behind by seniors Ryan Henderson, Ethan Keck and Ahmed Elzamzami at the Park View High School Invitational last Friday. Comstock went on to finish first while Anderson completed the race in third and both had fast enough times in the event to qualify for the Virginia 2A State tournament to be held at East Rockingham High School on June 2 and 3. Overall, the Mustang boys wound up finishing in fifth place at the invitational with 49 points while the Mustang girls ended in second with a total of 73 points. The Bull Run District tournament was held yesterday at Strasburg High School with the Conference 35 tournament slated for next week also at Strasburg . (Photo: Chris Cozzad)