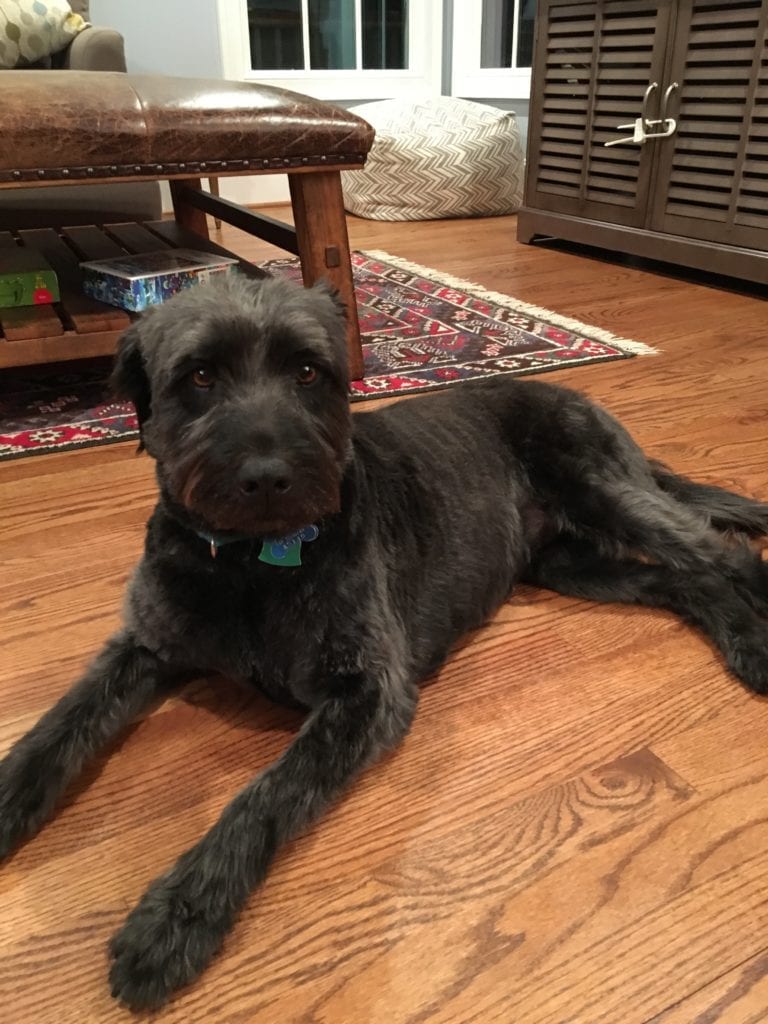 The Anderson’s dog, Nellie, is a schnoodle with a happy story. When they first adopted Nellie from Lucky Dog in 2014, she was shy and nervous. The family’s daughter, Ivy, named her Nellie because they would call her nervous Nellie. Now, Nellie’s a lot more self confident, especially when there’s food around.