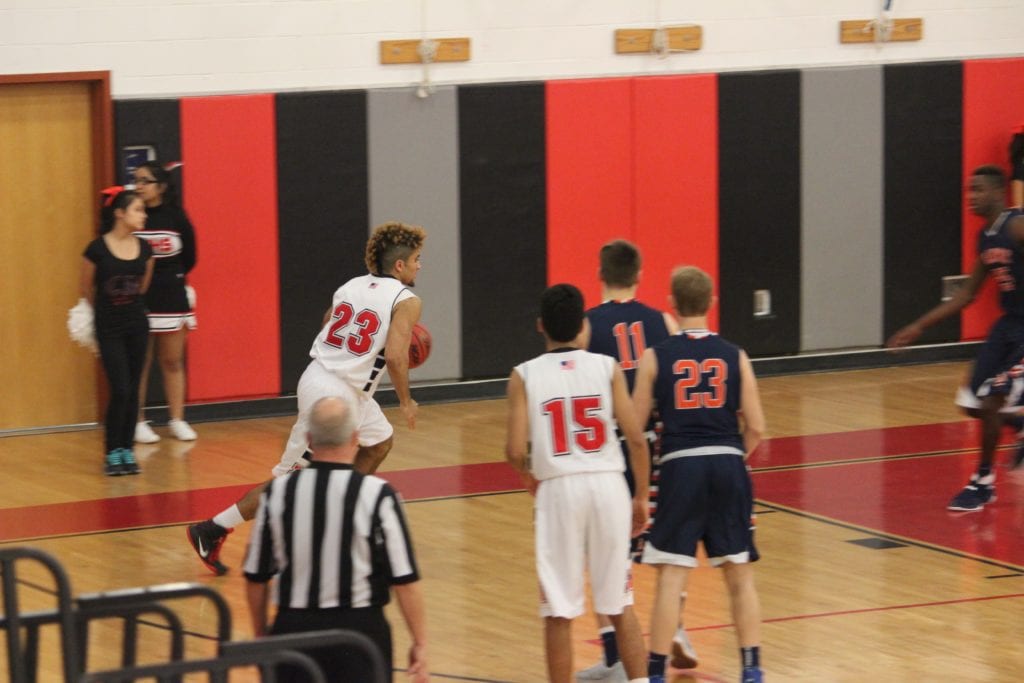 A cluster of contests to end the team’s 11-week campaign locked Mason (16-7) into the second-seed for the Conference 35 tournament behind Madison County. The high conference seeding helped the team earn a home game for the 2A East region tournament.

The Mustangs have catapulted into a realm they weren’t prepared for when they entered the season with only three returning players on the roster.

“Hosting a region game and winning [is] a hell of an accomplishment for this group,” head coach Chris Capannola said. “After that it’s all gravy; then there’s no pressure and who knows? If we play and shoot it like this, we’re going to be tough to beat regardless.”

Mason is playing their best ball of the year as of late, going 9-3 over the past month while beating opponents by an average of 14.7 points per game. The Mustangs are peaking at the right time and showcasing their potential in recent wins.

Against Rappahannock County and Clarke County, the Mustangs exercised their refined ball movement and timing on offense. They found open shooters on cue and made the Panthers and Eagles pay for slow defensive rotations. It’s why they trounced both teams in three quarters of play. A 55-31 lead entering the fourth against Rappahannock County and a 52-25 advantage heading into the final frame over Clarke County ensured reserves played the last quarter.

In the win over Warren County, the Mustangs showed their burgeoning ability to finish games on the road. A 30-28 halftime lead grew to a 12-point win after outscoring the Wildcats by five in the third and fourth quarters, respectively.

The road loss to Madison County ensured Mason wouldn’t snatch the top seed from the Mountaineers. Still, the game was close throughout and showed Mason could hang with a team it’ll likely meet in the Conference 35 championship and possibly beyond.
A few concerns do linger come the postseason. Mason is strapped for size and lacks a true post presence. That could put more pressure on the team’s jump-shooting to help the offense catch fire.

But after a few months of ups and downs that seem to have finally leveled out, optimism abounds.

“I don’t think there’s anything that’s gonna phase us,” Capannola said, “other than a four-hour bus ride. But that’s no fun for anybody.”

Mason starts the Conference 35 tournament at home this Saturday, Feb. 11 at 7:30 p.m. against Central-Woodstock.