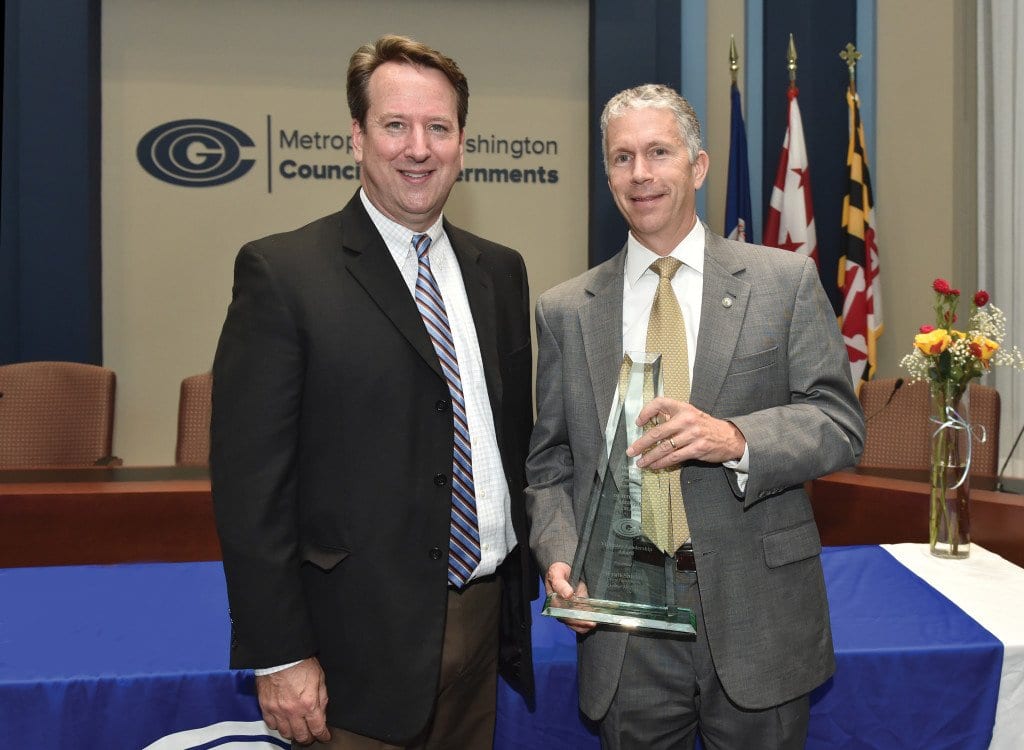 The Metropolitan Washington Council of Governments honored Wyatt Shields with its 2015 Institute for Regional Excellence Visionary Leadership Award on October 23. Shields, who serves as City Manager of the City of Falls Church, was praised for his accomplishments in the city as well as his commitment to regional partnership during the graduation ceremony of 23 new Certified Public Managers of the institute.

Shields was recognized for developing the city’s annual Legislation Program, and tracking key issues for the City Council on Capitol Hill and in Richmond, which helped secure millions in federal and state funds for transportation and other improvements. Officials also noted that Shields is an active leader on Council of Governments’, or COG’s, Chief Administrative Officers Committee, and he has encouraged city staff members to participate with their regional counterparts in COG programs and activities, like the Institute for Regional Excellence.

“Wyatt Shields is an energetic and effective leader, who lives up to the City of Falls Church’s reputation of regional engagement,” said COG Executive Director Chuck Bean. “He’s a leader who understands the value of sharing ideas and data and developing solutions across borders in order to create a better region.” Shields has served as City Manager since January 2007. He previously served as Acting City Manager. Prior to joining the City of Falls Church, Shields served as Town Administrator of Scottsville, Virginia. He also worked for Dominion Virginia Power as well as former U.S. Senator Charles S. Robb.