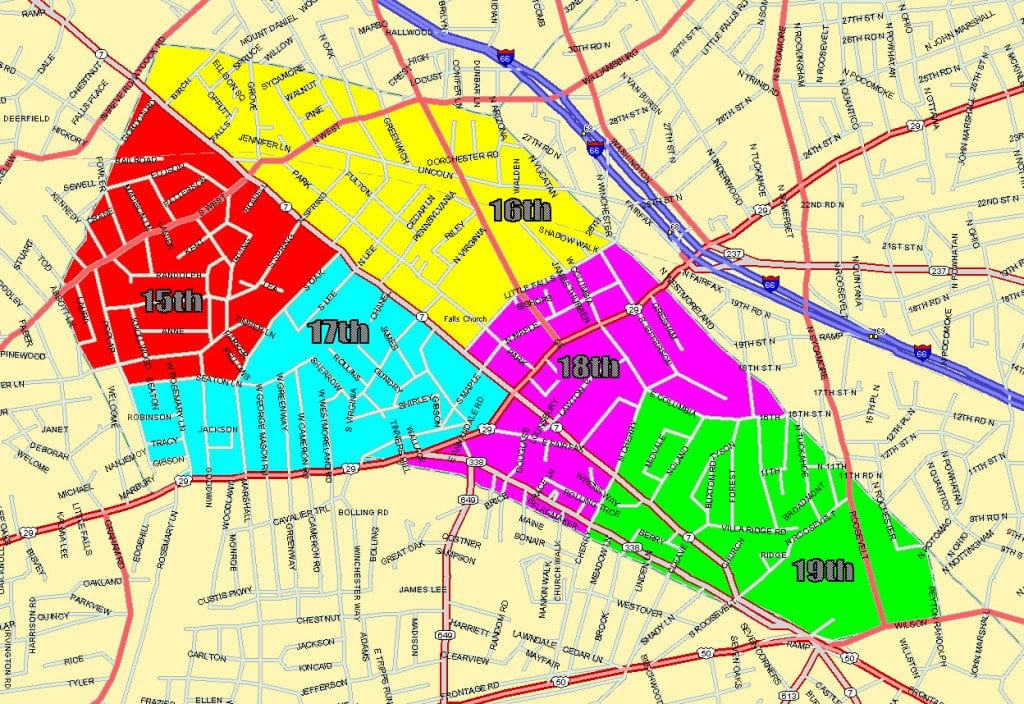 Each year during the holiday season, the Falls Church Volunteer Fire Department decorates the reserve engine and escorts Santa Claus through the streets of the Greater Falls Church area between 6:30 and 9:30 p.m. Santa Mobile began on Monday, December 15 and will run through Tuesday, December 23.

The first five nights, Santa and his elves will visit each neighborhood in the City of Falls Church. The remaining nights are reserved for make-up and excursions into neighboring Arlington and Fairfax counties. During each night’s three-hour run, Santa’s helpers will be handing out candy canes and fire safety literature during Santa’s rounds. Anyone who wishes to receive these free items are encouraged to greet Santa at the curb if possible as this provides the safest conditions for Santa’s helpers and ensures they have an opportunity to visit the largest number of our friends and neighbors. Santa can be tracked on Facebook or Twitter each night using “santa-tracker.” A complete list of routes is at http://www.fallschurchvfd.org/santa.asp.

In the event of inclement weather, Santa Mobile will be canceled for safety of Santa, his elves and all of residents who come out to see Santa. Every effort is made to keep the webpage updated to reflect Santa’s revised schedule. Santa Mobile 2014 is sponsored by Don Beyer Volvo and Beyer Kia.