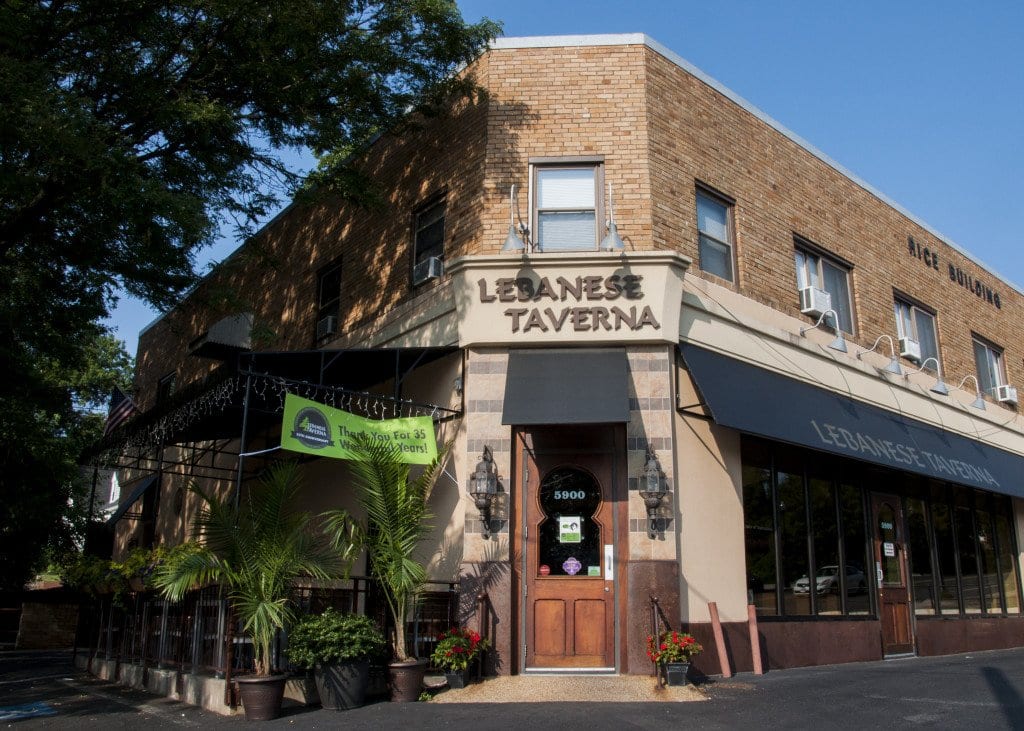 Tanios and Marie Abi-Najm migrated to the United States in 1976 with their five children to escape the civil war in Lebanon. In 1979, after three years of saving money they earned working in restaurants and odd jobs like newspaper delivery and mowing lawns, Tanios and Marie opened the Athenian Taverna on Washington Boulevard in Arlington’s Westover community. Eventually, they changed the name to Lebanese Taverna and, more recently, they’ve expanded to 11 locations – six restaurants, four cafés and one market – around the Washington-metropolitan area.

Lebanese Taverna is celebrating their 35th anniversary this summer by bringing back their 1979 menu offerings for customers at 1979 prices on select dates at every location except for their market on Old Dominion Drive in Arlington. The anniversary promotion kicked off on Monday and Tuesday at the local restaurant chain’s original location on Washington Boulevard in Arlington’s Westover community.

Lebanese Taverna’s website says the Westover location is a “cozy family style restaurant known throughout the area for its friendly atmosphere and delicious food”. And there was ample support for that statement on Monday, the first night of their celebratory promotion. Families, couples and cliques of friends packed out Lebanese Taverna’s dining room and maintained a moderate buzz with conversation, laughter and nostalgia. The original menu reflects the restaurant’s humble beginnings, but customers can also order off of the regular menu if they aren’t necessarily looking for a bargain.

There was something for everyone on the original appetizer menu. The hummus and baba ghanoush – $2.50 and $2.75 on the anniversary menu respectively – both have a savory, sweet taste. The hummus in particular is distinct from the numerous mass-produced versions of the popular Mediterranean dish that have cropped up in the time since Lebanese Taverna first opened. On the regular menu, the restaurant has several variations of hummus, like the spicy harissa hummus or the lamb or chicken shawarma hummus, that are available for varying prices. The baba ghanoush is $7.50 on the current menu.

The original menu did not have any vegan or vegetarian options, which is more of a reflection of the lack of awareness of veganism and vegetarianism in 1979 and less so the fault of the Abi-Najm’s. The current menu does have a few options for those seeking a cruelty-free meal. In fact, comparing the original menu to the current menu shows how the restaurant has evolved from serving up only traditional Mediterranean dishes to putting an original spin on traditional Mediterranean dishes. The fattoush salad, for example, at $7.50 is a substantial offering for a low price that would be ordinary, except for that it is offered with pomegranate-sumac dressing and pita chips. Lebanese Taverna also execute straightforward, traditional fare well, like their falafel sandwich at $11 or the beef and lamb or chicken shawarma, which is a favorite amongst those who frequent the restaurant.

The entrée menu has a few options for vegans and vegetarians. The fatteh, for example, can be ordered with chicken, American lamb or eggplant at $17, $19 or $18 respectively. The mehshi bel zeit, which is vegan and gluten free, is another option for a cruelty-free entrée which goes for $18.