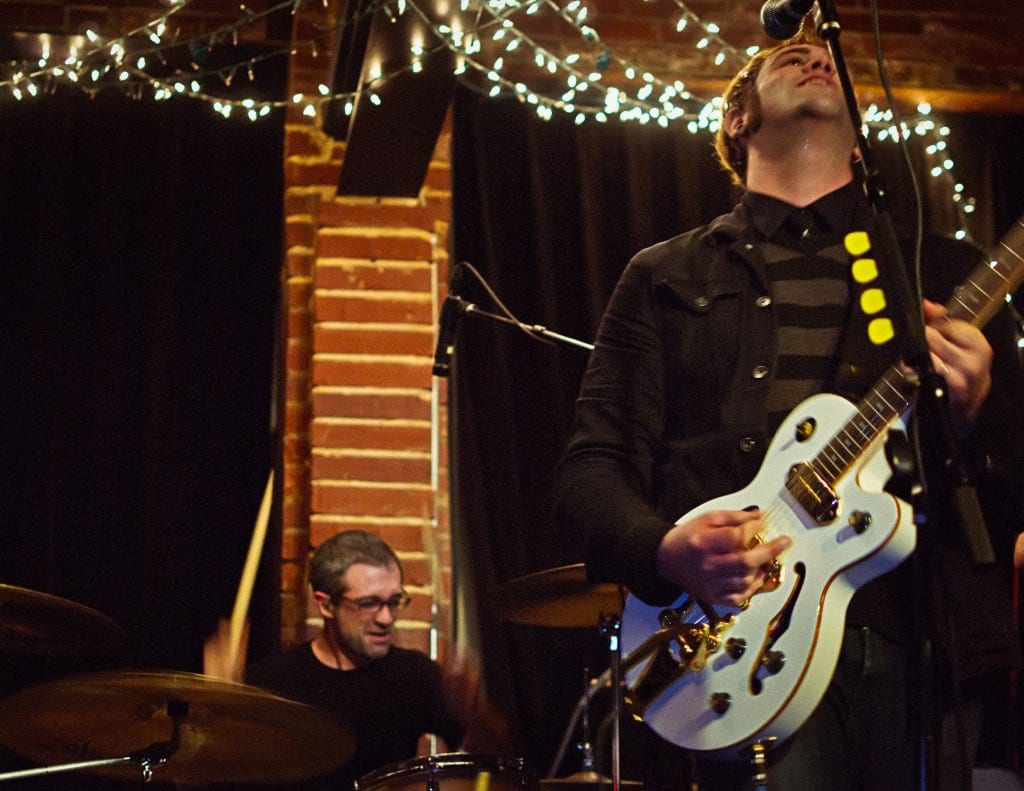 He’s performing a show at Iota Club and Café on June 21 to celebrate the release of his new EP. Just days ago, he returned from a spring tour opening and playing bass for the Americana band Miss Shevaughn and Yuma Wray. He’s been making music for 19 years. But Derek Evry still feels like he’s just starting out.

The last time his group, Derek Evry and His Band of Misanthropes, played a show, a turnout of about 200 surpassed his expectations. The Arlingtonian and alt/pop rock songwriter still only expects about a dozen people to show up to see him play – or just one guy in the back that he knows by name. Maybe it’s insecurity, but it doesn’t seem to be much of a deterrent. He’s had a lifelong passion for music – from being in an opera company as a kid and starting his own pre-teen rock band, to now touring the nation and releasing albums of his work. Other odd jobs he held just weren’t satisfying.

“You’ve got to love what you do,” Evry says, and for him that’s making music.

More recently than the coffee shop, Evry has been working at local music venues – including the spot where he’ll be playing later this month. But he left the Iota Club behind this February to hit the road with Miss Shevaughn and Yuma Wray on his first nationwide tour. Along the way he was finishing work on the EP he’ll be celebrating at Iota, Down To The Wire. Imagine him chasing down wifi in coffee shops around Denver to download a freshly mastered version of the album, and the title takes on a new meaning.

“Everything just felt so last-minute the whole time we were working on it,” Evry says. It took nine months to make – great, Evry says, when compared to the two years it took to make the album that preceded it. The musicians in his band are parts of other outfits and have other commitments, as does Evry. Money is also a limiting factor. But the EP will be ready for a June 21 release.

An uptempo power-pop track, a ’50s-’60s pop throwback, and even a modern jazz ballad are just some of the songs on Evry’s new EP. He doesn’t only listen to one genre of music – most people, he says, don’t limit themselves to enjoying one type of sound – and he didn’t want to limit himself to one genre on the new recording.

He writes music that he’d like to hear. If he wants to hear a song that simply doesn’t exist, he’ll write it. Then he’ll record it, because maybe someone else would like, too. And then he’ll play it for a crowd and share the music that he enjoys.

“I just think, if you want to have fun and come listen to some good music, that I think is good, why not come listen to what I like? And I happen to write it and perform it live,” Evry says.