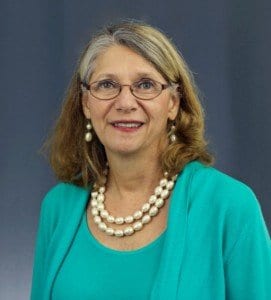 Falls Church resident Renee Bergmann Andrews has been recognized by the League of Women Voters of Virginia with one of its Making Democracy Work Awards for 2014.

Andrews has been a member of the City of Falls Church Electoral Board since 2003, and currently serves as its chair. She is immediate past president of the 399-member Virginia Electoral Board Association, and currently serves as a member of the Metropolitan Washington Council of Governments’ Election Officials Technical Committee. In 2010, she was appointed as Virginia’s representative to the National Standards Board of the Election Assistance Commission. A longtime member of the Falls Church League of Women Voters, Andrews has also been active in the Falls Church Democratic Party.