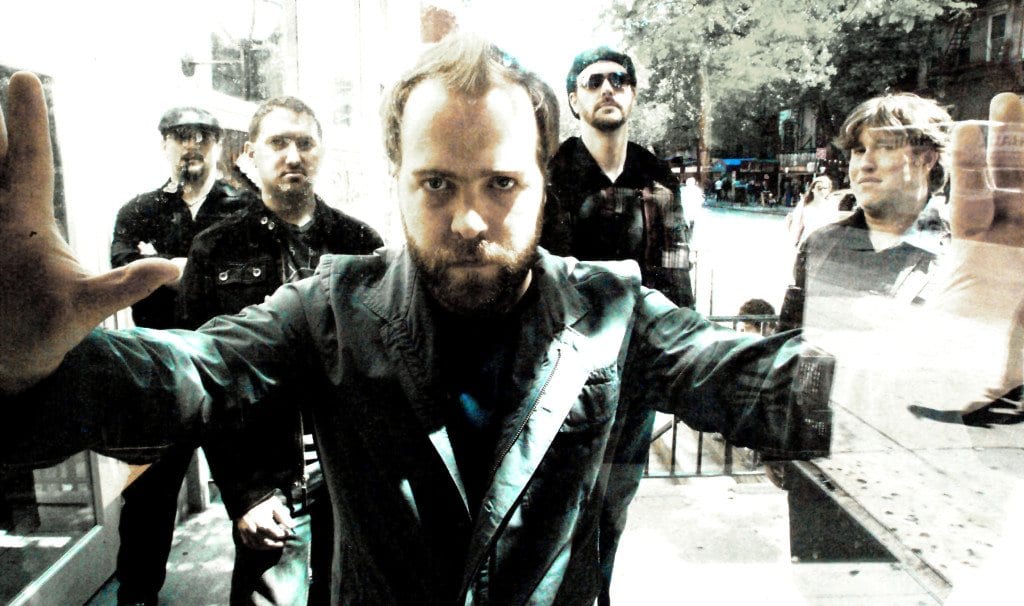 After 17 years, The Dreamscapes Project is saying goodbye.

It was only a few years ago that the local rock band had earned back-to-back honors for favorite musical act in Northern Virginia Magazine’s “Best of NoVA.” But things change. Priorities shift. Young performers grow up and start families. It gets harder to find time.

They could have taken a break, guitarist and founding member Keith Center says. They could have just drifted off and allowed themselves to be forgotten, all the while staying together as though there would be a next show, a next project. But that would have been disingenuous, Center says.

The question loomed large: When’s the next show? But they didn’t have an answer.

So they decided to call it quits, after one last hurrah.

They’ll play a farewell show April 19 at The State Theatre. ilyAIMY, Crooked Crow, Cassandra Syndrome, and Super bob will all be performing at the event, which will make for what Center considers a “very eclectic” show – featuring The Dreamscapes Project’s own brand of folksy acoustic rock with 12-string guitar and cello, with supporting acts offering their take on folk, rock, and even heavy metal.

“We want to have a party, not a funeral,” Center says. “If this is our last night, we have to make it amazing.”

And Center says it will take the greater Dreamscapes Project community, the fans the band has amassed over two decades, to make that happen. He wants the show to be a testament to fans, and to give them a chance to restore bonds – with the music, with fellow fans, and with their memories.

At the final show, Center says, listeners can hear tracks from the albums they might have missed and see performances of songs they’ve not heard live. The band also has plans to display memorabilia collected over its long run – broken guitars, back-stage passes, old posters, and things of the like – around The State Theater.

“Hopefully they’ll reconnect with what they really enjoyed about our music when they first discovered it,” Center says.

The show also gives the band a chance to celebrate what it has accomplished. Their goals were definitely loftier when they first started out and were trying to figure out how to get noticed in a time when the internet was changing the music industry. They had dreams of touring and landing a big record deal. But later in their career they realized the value of settling into doing what they wanted, and they left behind those earlier pursuits. Center is pleased with what the band has achieved.

They put out five albums of music, including the Twelve Days Project concept album that brought together a local community of writers, filmmakers, artists, and musicians to create works based on Dreamscapes Project songs. Their songs have been played on more than 150 stations, nationwide, and they’ve been on the station charts. They headlined Washington, D.C.’s venerable 9:30 club. They’ve opened for Dave Matthews Band, Maroon 5, and Third Eye Blind.

“It’s been an amazing run, and I wouldn’t trade any of it,” Center says.

As they contemplate their past, members of The Dreamscapes Project must also look ahead to their future musical endeavors. Some have been working on other musical projects, but Center doesn’t have such plans. While he recognizes that the need for creative expression will at some point be greater than his apprehension, for the moment it’s hard for him to think of doing anything but fronting The Dreamscapes Project.

“The truth of the matter is, it’s hard to imagine myself as something without these guys behind me. I’ve been doing this so long,” Center says. “I’ve been doing it for 17 years because I’ve really loved it. I’ve loved the sound and the people that I’ve worked with, and doing it without them and doing a different thing seems so foreign. It’s like trying to breathe water.”

• For more information about The Dreamscapes Project, visit reverbnation.com/thedreamscapesproject.