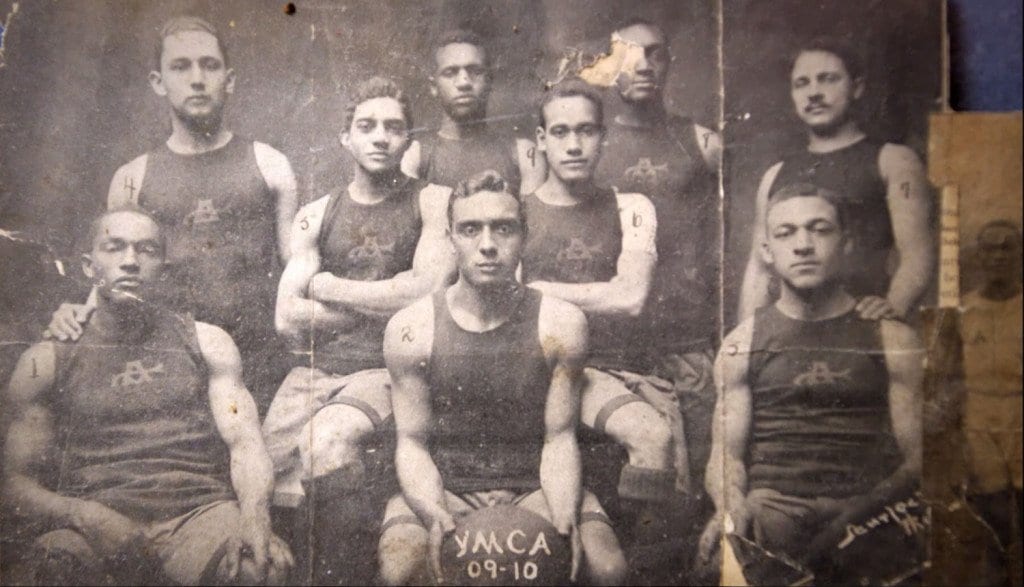 Early 20th Century Falls Church native E. B. Henderson, who was inducted posthumously last September to the Naismith Memorial Basketball Hall of Fame for his seminal role in the introduction of the sport to the black community in Washington, D.C., is the subject of a new 10-minute documentary film produced by F.C. resident Bob Burnett of G-V-I, Inc, released last week.

More than E. B. Henderson, alone, the film is about the dedicated efforts of his grandson, F.C.’s Ed Henderson III and his wife, Nikki Graves Henderson, to put Dr. Henderson up for consideration by the Hall of Fame, dating from the time Ed Henderson III found a box of Dr. Henderson’s belongings that revealed the whole story of his role in the introduction and spread of the sport. Discovering that box marked the first time since his death that anyone knew of his achievements.

Dr. Henderson was taught the sport by a protege of its founder, Dr. James Naismith, while at Harvard, and he brought it to D.C. where he organized a league of blacks to play in a facility at 12th and U streets, NW. He went on to develop and publish rules and regulations to give the league a lasting structure, the “Official Handbook of the Interscholastic Athletic Association of the Middle Atlantic States.”

Reporter David Aldridge of Turner Sports contributes to the documentary, along with Ed and Nikki Henderson. Last week, Washington Wizards owner Ted Leonsis wrote about the importance of the documentary on his blog, urging everyone to watch and saying he will work to promote it.

Dr. Henderson and his wife, educator Mary Ellen Henderson (after whom the middle school in Falls Church is named), lived at 307 S. Maple Ave. in Falls Church from 1913 to 1965. Ed and Nikki Henderson live there today, and it has been designated a historic landmark.

In the documentary film, Nikki Henderson says that to Dr. Henderson, basketball was more than a game, but the represented a community and the launching of a movement for equality. “It opened the door to equality, because the rules were the same” for everyone, she said.

Though it is not the subject of the documentary, Dr. Henderson was also instrumental in the early 20th century in the founding of the first rural chapter of the National Association for the Advancement of Colored Persons (NAACP) in Falls Church, launching a relentless “Letter to the Editor” writing campaign to advance the cause of equal rights.

The Hendersons have kept that legacy alive by promoting an annual “Letter to the Editor” writing contest among area schools, with the winners being announced at the annual Tinner Hill Blues Festival now held every summer in Falls Church.

When inducted into the Naismith Basketball Hall of Fame, Dr. E. B. Henderson was identified as the “Grandfather of Black Basketball.” Footage of the induction ceremony is included in the documentary, where Ed and Nikki Henderson received the honor on E. B. Henderson’s behalf while the entire audience of the sport’s foremost dignitaries provided a standing ovation of appreciation.

The documentary can be seen below:

E.B. Henderson from GVI on Vimeo.