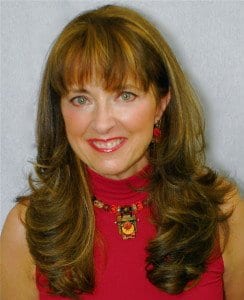 Falls Church folk songstress Debi Smith is preparing for a show at The Birchmere on Dec. 22 to celebrate the holidays – emphasis on “holidays.”

Her new album Hits and Holidays recognizes not just the Christmas holiday soon to be celebrated, but holidays the year over.

“If you look at the days of the year, there is a list of holidays for every single day of the year,” Smith said. “I just found that list so amazing that I decided to pair up the songs that have been most popular with my audience.”

Tracks such as “Mother’s Hands” and “Cupid” have obvious partners in Mother’s Day and Valentine’s Day, but some songs are matched with less traditional holidays – think National Collector Car Appreciation Day for “Chevy Impala” and National Pi Day for “Pie.”

While the songs she chose have long been popular with the Wammie-winning artist’s fans, Smith says most songs on the album have been rerecorded or remixed in some way.

“Even if you’ve heard the cuts before on CDs, on almost all of them there’s something different,” Smith said.

The album features a new duet with folk legend and Grammy Lifetime Achievement Award winner Tom Paxton who, with Smith, wrote and recorded “Marry Me Again” (this, for Proposal Day). Hits and Holidays also includes performances by some of the artists Smith tours with in The Four Bitchin’ Babes, an all-female act known for its comedic songs and four-part harmonies. Smith was also able to use retrieved recordings with the late Americana guitarist Doc Watson on the album.

Pieces of one of Smith’s earliest recordings were also used for Hits and Holidays, from when she was half of the duo The Smith Sisters with her sister, Megan. The pair put out five albums in the ’80s and ’90s, but stopped recording in the mid-’90s. Megan went on to a career as a screenwriter and novelist while Debi continued in music. It’s a special treat, Debi says, that Megan will be joining her for the show this month at The Birchmere. And, as both are Falls Church High School graduates, they’re hoping that hometown friends will make it to the show.

Another special guest on the night’s program is Smith’s “Marry Me Again” duet partner Paxton.

With the show set the very week of Christmas, Smith says audiences can expect some holiday tunes, but her next recording project will feature more. As she’d been working on Hits and Holidays, Smith was recording an album of original Christmas songs backed by an orchestra. The orchestra’s arrangements were created by James Kessler, who has created pieces for The Kennedy Center Honors and orchestras such as the London Symphony and the Boston Pops.

In the meantime, Smith is working on a new show with The Four Bitchin’ Babes, with whom she’s currently on tour. The band keeps busy with regular weekend shows, but Smith is still able to do a bit of solo work, and plans to release her Christmas CD in time for the holiday next year.

“We’ve got lots of things in the works right now,” Smith said.