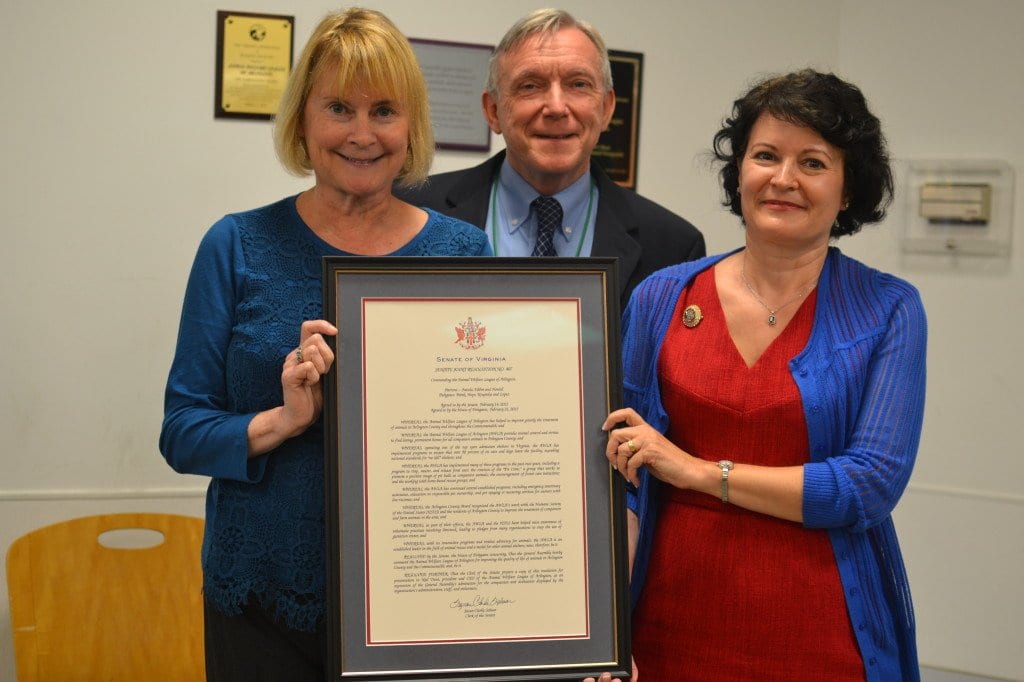 State Sen. Barbara Favola (D-31st) presented the Animal Welfare League of Arlington with a resolution earlier this month on behalf of the Virginia Assembly in honor of AWLA’s efforts to reduce the number of animals that need to be euthanized due to lack of homes and shelter space. The measure notes that recent efforts have led AWLA to exceed national standards, with more than 90 percent of the cats and dogs it takes in ultimately leaving the facility. Favola is pictured above at far right with Neil Trent, president and CEO of the AWLA (center), and Patricia Ragan, chairman of the AWLA board of directors.

The resolution, championed by Favola, commended the organization for “improving the quality of life of animals in Arlington County and the commonwealth.” It passed both houses of the legislature without opposition.

The resolution also honors AWLA’s efforts to trap, neuter, and release feral cats, and the establishment of the “Pit Crew,” a group that works to promote a positive image of pit bulls as companion animals.