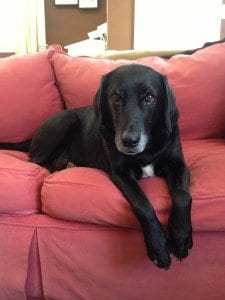 Tater was adopted from Lost Dog and Cat Rescue Foundation in 2007 as “Dale” and was shortly thereafter renamed Tater to fit his couch-potato personality. However, he will eagerly jump off of the couch or bed for his twice-daily walks, which take him from one end of The Little City to the other. Tater firmly believes he is the unofficial storm water drain inspector for the City and, despite turning 8 years old this past April, has no plans to retire any time soon.