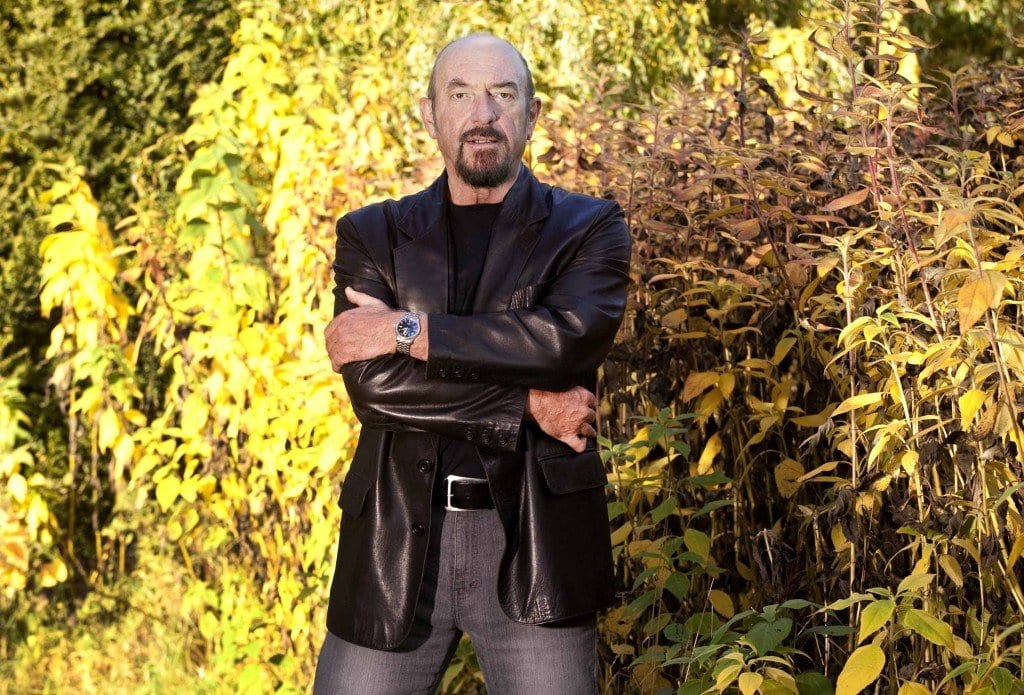 Forty years ago, Ian Anderson introduced the world to Gerald Bostock, and that figure will be the focus of a theatrical performance of back-to-back concept albums that the flute-playing frontman of Jethro Tull will bring to the Wolf Trap next Tuesday.

In 1972, a 10-year-old prodigy from the small English town of St. Cleve supposedly had written the epic poem “Thick as a Brick,” and British prog-rock act Jethro Tull had set it to music.

The cover of the Thick as a Brick album shows a front page from The St. Cleve Chronicle with a picture of the bespectacled, mop-topped youngster receiving an award which, as the accompanying article revealed, was revoked for his disturbing behavior.

Gerald wasn’t real. Nor was St. Cleve, for that matter. The poem had been penned by Anderson, and became the lyrics of the band’s album of the same name, the follow-up to Aqualung which spawned classic-rock mainstay tracks “Locomotive Breath” and “Aqualung.”

With Gerald’s “absurdly precocious piece of poetry,” Anderson crafted a concept album that delved into the passage from boy to man, and how a child’s perception of the adult world may become distorted, and sometimes dangerously so.

For his latest solo album, Anderson has revisited the schoolboy poet and imagined in song what paths he might have taken in the past 40 years. Like the original, the sequel Thick as a Brick 2 explores a life transition, this time between young adulthood and middle age, touching upon the idea that life doesn’t always turn out as intended.

The fictional Gerald would have been 50 years old when Thick as a Brick 2 was released in 2012. In Anderson’s mind, there was a most likely outcome for the precocious young poet. He would have been a Labour Party politician. The cover of the album, another mock-up of a community newspaper, features a story about the retired politician returning to St. Cleve to write his memoirs.

But it seemed too obvious an outcome, and thus one that Anderson wasn’t interested in envisioning musically. Soldier, preacher, and shopkeeper are some of the occupations Anderson put forth for Gerald.

“Some of these things are definitely not things that I would entertain or have entertained for myself as career choices, but that’s part of the fun of being a songwriter,” Anderson said. “You step outside of yourself. You enter into a character which is not you. And that’s the part of songwriting that always amuses me.”

Anderson has been taking his “Thick as a Brick” tour across the globe since the release of the album, playing both of the musically and lyrically complex concept albums through in a two-and-a-half-hour performance replete with multimedia elements and theatrical staging.