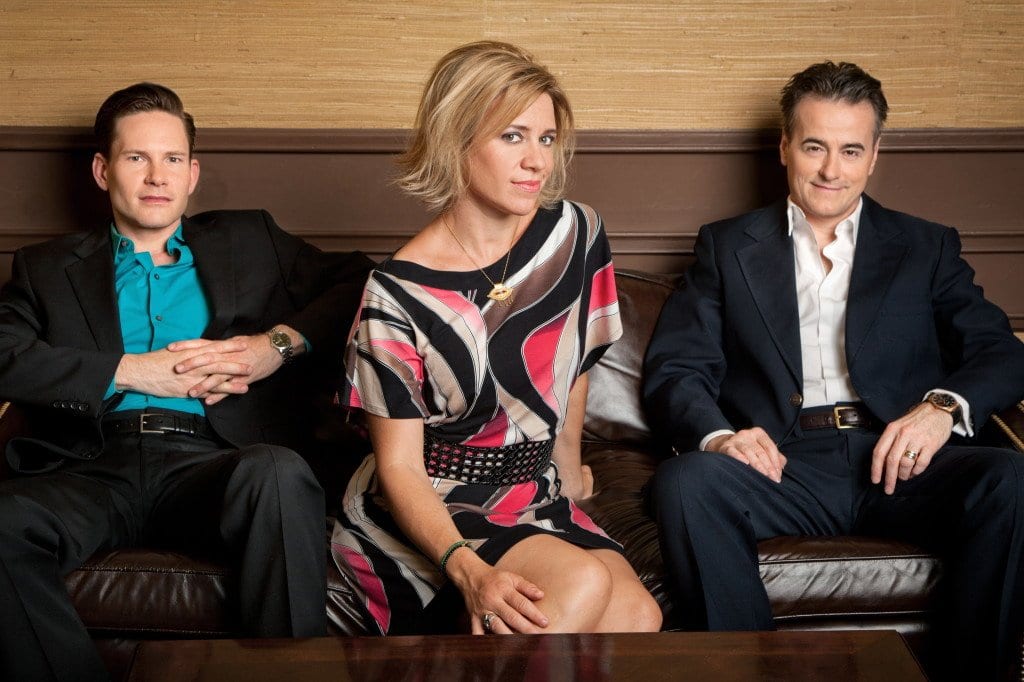 Elana James says she and her fellow Hot Club of Cowtown bandmates believe in the uncommon brand of music they make. The hot jazz and western swing trio, set to perform at Jammin’ Java tomorrow night, are touring to promote their upcoming release, Rendezvous in Rhythm. The album, due out next month, focuses on the jazzy side of their repertoire, inspired by music that thrived in the mid-20th century.

There’s an audience for folk music in America, and James is glad for that, but she says this French tradition of swinging Gypsy jazz, popularized by performers like Django Reinhardt and Stéphane Grappelli, is not often represented. Most listeners have only heard this style of jazz in a Woody Allen film, if they’ve heard it at all. Some see James with her violin, and bandmates Whit Smith and Jake Erwin with their guitar and upright bass, and expect bluegrass music. But that’s not what they’ll be getting. Instead, they see how European performers used stringed instruments in a different way, and hear an updated take on a bygone tradition.

“The music is old-school but the spirit of it is very contemporary and modern. It has the energy of a punk show but the music is maybe out of 1934,” James said.

James considers Rendezvous in Rhythm “a concentrated nod to some of our influences.” The album features pieces of the American songbook – like “I’m in the Mood for Love” and “The Continental” – given the hot jazz treatment. The album follows the 2011 release of What Makes Bob Holler, devoted to western swing music, a brand of country music more common to the dance halls of Depression-era Texas than a modern stage.

In touring the Austin-based group has exposed a broad international audience to these traditions, serving as musical ambassadors for the U.S. State Department to places such as Azerbaijan and the Sultanate of Oman.

“I think that our kind of music is absolutely a perfect fit as far as representing American music abroad,” James said. “It’s traditional, it’s happy, it’s dance music, it’s lively, and it comes from these beautiful traditions which themselves drew on a lot of international influences.”

Be it French jazz or country swing, or the group’s own unique blend of the two, Hot Club of Cowtown is devoted to showcasing the merits of these nearly forgotten traditions.

“As the years have gone by we’ve grown a lot but the influences of the band have always been these things that the violin and the guitar naturally do so well,” James said, “which is play these beautiful melodies and these cool improvised solos and these hot arrangements. We’re still in love with it in a weird way; we do enjoy it at the end of the day.”

For more information about Hot Club of Cowtown, visit hotclubofcowtown.com.