Falls Church’s Svetlana Pankratova was always the tallest one in her class. Starting in kindergarten in Volgograd, Russia, where she grew up, she was always at the head of the line when the children were arranged from tallest to shortest. But it wasn’t until 2002 that she realized she might be a world record holder for what became the longest part of her body – her legs.

“It wasn’t easy because kids do tease you,” said Pankratova, an assistant coach for the George Mason High School girls basketball team. “They tease whenever something is – I wouldn’t say not normal – but when something is different. So I would get teased a lot for being tall.”

It was difficult for Pankratova and her mother to find clothes for her to wear growing up, especially pants. But she didn’t notice that her legs were exceptionally long until she was a teen.

“I never thought about it when I was growing up,” Pankratova said. “I just never paid attention to my legs.”

In retrospect, Pankratova gained a new perspective on how long her legs were. She recently looked at an old photo taken of her at 12 or 13 with her basketball team and noticed that her legs came up to her teammates’ shoulders. That was around the time she got her start in basketball.

Pankratova started out as a swimmer, but her height made her stand out to local basketball coaches, who encouraged her to come out for the basketball team. Her decision to play basketball ended up allowing her to travel the world.

After she graduated high school, Pankratova played college basketball for a year in Russia before being recruited by Virginia Commonwealth University. During this time, she met her now husband, Jack Gosnell, who was working in St. Petersburg as the U.S. General Counsel. She said the transition to a new country was difficult at first, and she experienced a culture shock for the first couple of months she was in the U.S. But the hardest part was getting used to the rigorous training her new team did in preparation for the basketball season.

“It was more running in practices, it was more physical,” Pankratova said. “So it took me a little time to adjust to that. But after that I think it was fine.” 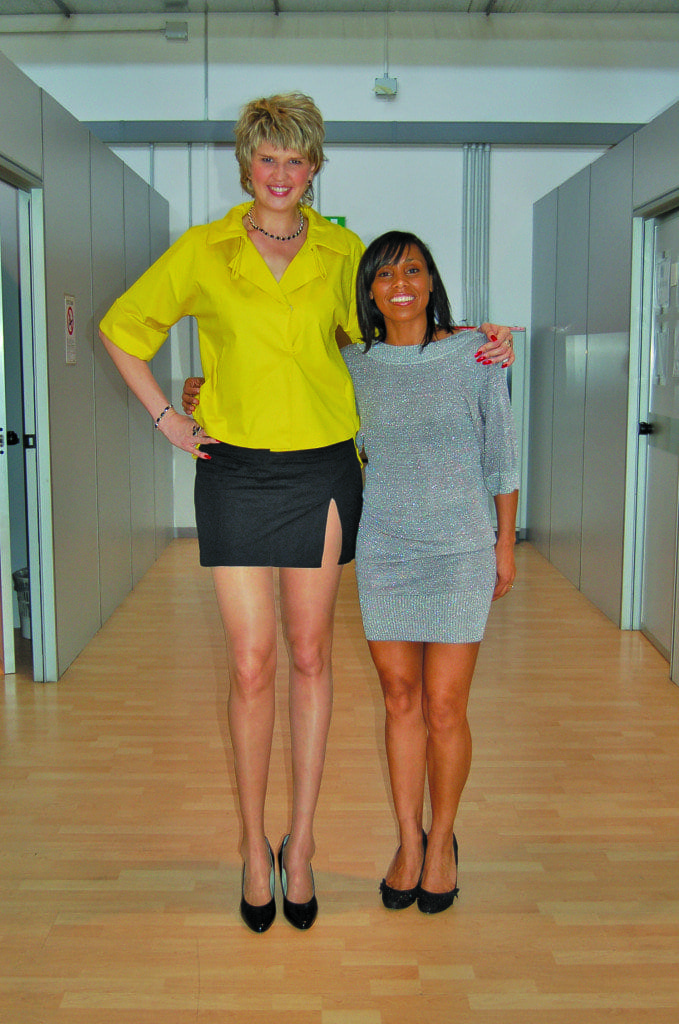 At first, she thought it was a “silly idea,” but she went ahead with the plan after being encouraged by her friend. It took six years, a lot of documentation and plenty of emails and calls to prove that she had the longest legs.

“It’s not like I was always on top of it,” Pankratova said. “I had other things to do and just kind of let it go.”

Finally, in 2008, Pankratova was notified that she had the world’s longest legs for a woman, their length measured at four feet, four inches of her overall six-foot-five height. That year, she went on a media tour around the U.S. after the news of her world record broke and traveled to London to promote the 2009 edition of the Guinness Book of World Records, the first edition in which she appeared.

Pankratova reconnected with Gosnell, who lives in Falls Church. The two had lost touch for several years before Pankratova got back in touch with him and, after corresponding over the internet for a while, she decided to move back to the U.S. at the end of 2010. They married in August 2011.

LaBryan Thomas, head coach of George Mason High School’s girls varsity team, found out that Pankratova lived in the area and invited her to start working with the girls basketball team in the middle of the 2010-11 season. Pankratova’s work with the girls basketball team, perennial contenders for the state championship, has given her yearly chances to visit her alma mater in Richmond, where the state championship is played.

“It’s great – we go there because we’re in the final four, because we’re going for the state championship,” Pankratova said. “And it also feels good because I played there and I’m there with the team who has a lot of success.” She said being a coach at George Mason has been a great experience after being away from the game for a decade.

“I’m grateful for the opportunity for me to work with them,” Pankratova said. “Because I stopped playing basketball … so it was great to get back to basketball and I really do enjoy it and it brings all the nice memories back and I just enjoy giving them what I know to help them any way I can.”