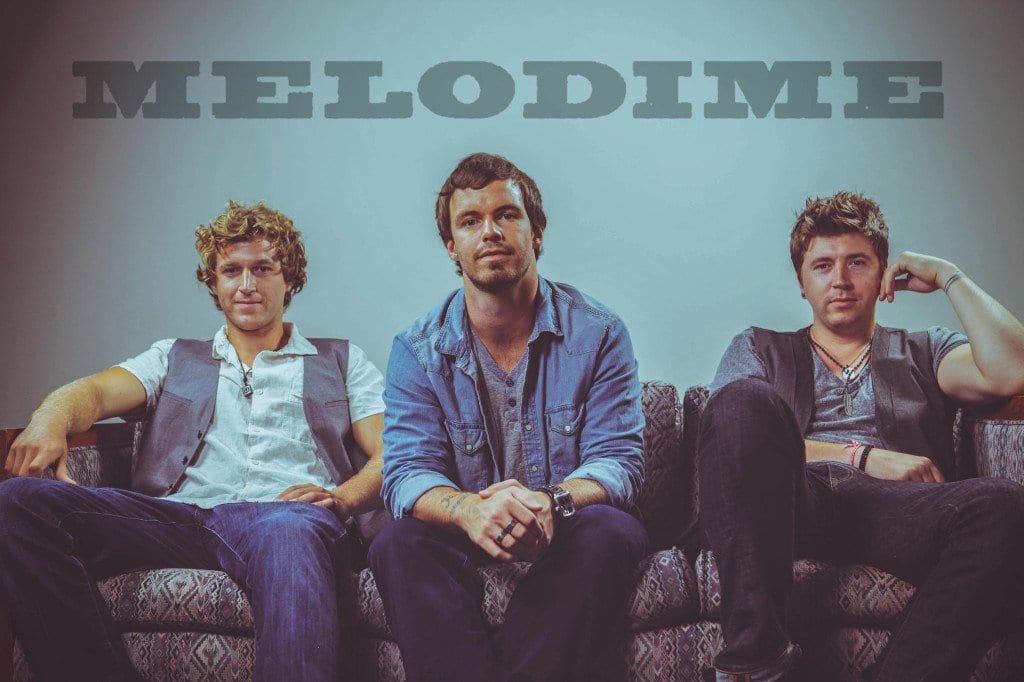 The Melodime legacy can be traced back to an act of kindness that changed the life of a poor rural family, and today the band is trying to pay it forward with a charitable campaign and support from its fans.

According to family lore, Sam and Tyler Duis’ great-grandfather discovered that someone had dropped off instruments on his family’s porch, an anonymous donation that made a difference. He and his brothers each learned an instrument and found a way to put food on the table.

“They kind of became the town band from that, and so they were able to make money for their family and provide food, and that was their way of living,” said Falls Church native Brad Rhodes, who with the brothers Duis forms the roots trio Melodime.

The donation of these instruments introduced music to the family and the impact of this single generous act can be seen not only in the formation of the band a few generations later, but in the band’s current endeavor to reproduce that good deed on a larger scale.

The band has promised to donate 100 percent of the proceeds of its next album to providing instruments and music education to those in need.

“We really just want to do something beyond just creating music,” Rhodes said. “We want to give people the opportunity to have music.”

The band launched its “Make an Album – Change a Life” campaign last month, asking fans to put up $30,000 toward recording the album. For their pledge, they earn perks like advance copies of the album and music lessons from the band members.

Rhodes stressed the role that music played in his own life. At only 10 years of age, he saved up his money to buy a guitar and then taught himself to play, an achievement which set his course for the future and gave him a way to express himself. He believes that for underprivileged families, the need for a positive avenue of expression is all the greater for their struggles.

Heading into the final days of the 30-day campaign, the band has raised a bit more than a third of its goal. If that goal isn’t met in this all-or-nothing drive, though, none of the donor pledges will be collected.

Rhodes said he hopes the band’s “hometown show” at The State Theatre Friday, which may be the band’s biggest concert at that venue to date, will drum up support, and that a possible last-week surge will take the band the rest of the way toward its goal.

“It’s been a stressful few days,” Rhodes said, “We have faith in the project, but it’s a little nerve-racking.”

The State Theatre show will be the band’s last big outing before taking to the studio to record the album. Regardless of the outcome of the fundraising campaign, Rhodes said, the band intends to leave for Atlanta next week and spend a month of intensive recording with producer Rick Beato, who has worked with such acts as Shinedown and Trey Anastasio.

Rhodes said the band hopes to release the album in April and promote it with spring touring so that this summer, Melodime’s charitable undertaking can come to fruition. But unlike the anonymous benefactor who inspired this project, the band members plan to hand deliver instruments to each community in need and tell them how the gift was made possible.

“We plan to go to each place and actually give [the instruments] to them and talk about the fact that our fans are the people who bought these instruments for them through their purchase of our album,” Rhodes said.